With most European countries confident that they are past the worst of the coronavirus pandemic, their attention is turning to the chance of its resurgence once society returns to some semblance of normal. But beyond the epidemiological challenges lies a slowly amassing threat that is not pathological in nature, but economic, political, and military. This is the geopolitical second wave, and its power is already starting to concern Western leaders.

Imagine a scenario: Just as Europe and the United States begin to feel as if they have the coronavirus under control, it takes hold in the developing world. Exhausted, indebted, and desperate for their own economies to get back up to speed, richer countries are too slow to help. Panic ensues. Migrants mass in southern Europe, which is still struggling to pull itself out of a coronavirus-induced depression. Somewhere, a state defaults on debt held largely by Western financial institutions. In the chaos, an autocrat eyes an opportunity for a land grab. A United States already unwilling to take the lead leaves China to step into the void.

This is just one (invented) scenario of a number that are raising concerns in Western capitals and that were laid out to me in conversations with more than half a dozen leading security experts, academics, and government advisers in recent weeks. Of those I spoke with, few doubted that a second wave was coming. The real concern was where it would land.

[Read: Our democracy will survive this pandemic]

History, as Barack Obama said of American progress, zigs and zags. Great changes set off chain reactions: The Wall Street Crash of 1929 ushered in the New Deal era; Allied victory in 1945 created the conditions for the Cold War. Each event creates political aftershocks and trends that we can see clearly only afterward. The decade that followed the 2008 financial crisis saw the euro zone teeter on the brink of collapse, Britain vote to leave the European Union, and Donald Trump elected president. Today, the global economy has suffered another sudden seizure, shifting geopolitics as U.S.-China tensions have risen, trade has slowed markedly, and structural divisions between northern and southern Europe have widened. The question, then, is what might happen in the decade after this crisis?

“Historians love chapter breaks,” said Robert Kaplan, an American foreign-policy expert and former member of the U.S. Defense Policy Board, who this month briefed officials at 10 Downing Street on the potential second-order effects of the coronavirus crisis. “COVID-19 will come to be seen as a chapter break.”

Among Kaplan’s concerns is how Russia and its leader, Vladimir Putin, will act, a fear echoed by some of the most influential voices in British foreign policy, who worry that the geopolitical second wave of COVID-19 will hit Europe the hardest. Michael Clarke, a defense-studies professor at King’s College London and former special adviser to Britain’s national committee on security strategy, who remains plugged in to the country’s foreign-policy establishment, told me that an economically weakened Russia, hit by the recent collapse in oil prices, poses a greater danger to Western security interests. “Putin’s aggressive opportunism will probably get worse,” Clarke said. “The nature of Putin’s leadership is that he can’t stand still; he has to keep pushing forward. This makes him more volatile.” What happens if the Russian leader, spooked by the country’s collapsing economy, eyes an opportunity to test NATO’s resolve? Others, such as Bruno Maçães, Portugal’s former Europe minister, told me that the crisis might not embolden Russia, but cripple it, leaving it more dependent on China and bringing Beijing’s sphere of influence to the borders of continental Europe. “Crises,” Kaplan noted, “put history on fast-forward.”

The array of possible second-wave consequences is dizzying: the prospect of the disease taking hold in a developing G20 country—think India—which could see the virus quickly doubling back to Europe and the U.S.; the uncertain impact of technological advances in fields such as artificial intelligence as they are used to help combat the disease’s spread; a recession pulling at the ties between the European Union’s poor south and wealthy north. Clarke is particularly concerned about an arc of instability from West Africa through the Middle East to Asia, where conflict and instability have in recent years forced people to flee. Karin von Hippel, the director general of the Royal United Services Institute, an influential British defense and international-affairs think tank, told me that “some kind of reckoning with China” is likely as well. “Some countries will emerge from this trying to cling to China … but most others are likely to try to decouple,” she said. For Britain, Germany, France, and other major European economies reliant on the American security umbrella but wanting to maintain strong economic ties with China, the difficulty of managing the fallout from the Trump administration’s anti-China rhetoric may now only increase.

This is the world in which countries such as Britain are having to think about their strategic vision. Some of the challenges might be entirely new but many others are likely to be ones already at play that have been accelerated by the pandemic, such as worsening relations between Washington and Beijing.

More than anything, though, for Western governments there is a simple underlying reality to the geopolitical second wave: cash, or a lack of it. “You’ve got more problems but less money to deal with them,” one senior adviser to the British government, who asked for anonymity to speak candidly about internal deliberations, told me.

After more than a decade of public-spending cuts, for example, Britain’s military—capable of helping the United States invade both Iraq and Afghanistan less than 20 years ago—has morphed into a “one shot” force that is unable to sustain itself for longer than six months outside Europe, according to Clarke. What will its capacity look like after another set of cuts? Britain and France required American support to intervene in Libya in 2011. Could a joint European force do so again anywhere along its exposed underbelly on the North African shore? Could it even be used in a purely medical capacity, as it was during the Ebola outbreak in 2014?

A major British government review of the country’s foreign-affairs, defense, and intelligence strategy was due to be published this year, but it has since been pushed back indefinitely because of the pandemic.The immediate consequence is that the review, when it happens, will be less strategic and more tactical—driven by financial considerations rather than any grand vision the government wanted to set out for post-Brexit Britain. Officials in London will have to focus more on “What can we afford?” and less on “What do we want to do?,” an approach that is short-term, ad hoc, and defensive.

Inside Downing Street, concern about COVID-19’s geopolitical second wave is real, with work under way to understand the potential threats and prepare for them. The British government expects protectionism to increase, supply chains to be brought back under national control, nation-states to be strengthened, and the U.S.-China relationship to become more antagonistic—changes that could be seen as simply the “firming up of some fundamentals,” in the words of the government adviser I spoke with.

Whether the pandemic brings about revolutionary change or simply accelerates the currents already working under the surface, the fact is that the epidemiological second wave isn't the only one we need worry about. 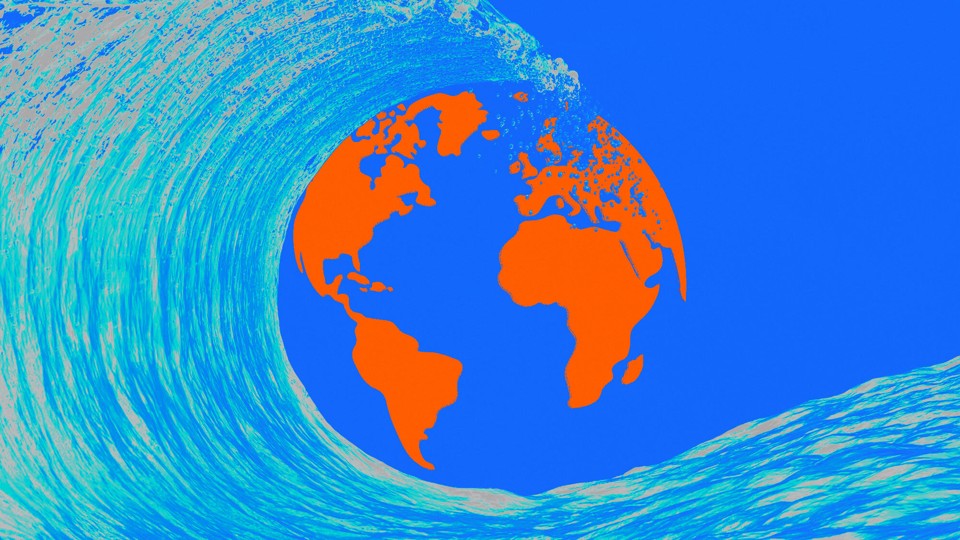