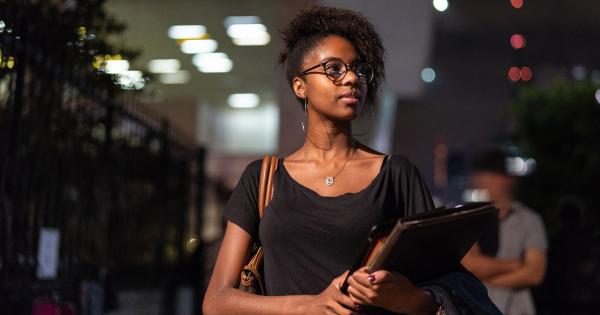 I certainly would like to prevent, if I could legally, anybody having an abortion, a rich woman, a middle-class woman, or a poor woman. Unfortunately, the only vehicle available is theMedicaid bill.

In 1977 Henry Hyde made this statement to his congress during a debate on Medicaid funding. Despite the fact that this policy is blatantly classist, racist, and cruel, it set the stage for the next half-century of abortion access following Roe v. Wade (1973).

In Philadelphia, a seemingly progressive stronghold, abortion access is still largely limited to those who can afford it. Poor women, who are disproportionately women of color, are simply not able to afford the cost of an abortion, which can range from $400 $3000 depending on other complications. This should not be surprising considering the 2018 report from the Federal Reserve which found that 40% of American families could not afford a $400 emergency.

Pennsylvania has consistently upheld its own version of the federal Hyde Amendment, the Abortion Control Act, which limits insurance funding for abortion, requires parental consent for minors seeking an abortion, mandates a 24-hour waiting period and counseling, and prevents any government funding to be used for abortion except in cases of rape, incest, or life endangerment. Medicaid, which provides health insurance to 2.9 million Pennsylvanians, can not be used to pay for abortion.

Elicia Gonzales, Executive Director of Womens Medical Fund (WMF), a Philly-based organization which provides funding for women seeking abortions in the five surrounding counties, claims that despite the importance of the decision, Roe v. Wade never made abortion accessible to black, brown, and poor folks. 83% of people who seek WMF funding for abortions are black, brown, and hispanic. The majority of people who get abortions in this country are white folks, but disproportionately the people who cant afford an abortion are people of color. That hasnt changed since Roe.

According to Seneca Joyner, a board member for WMF and research coordinator for the Philadelphia Reproductive Freedom Collective (PRFC):

Poverty is itself a deeply uneven racialized and gendered experience required by the intersecting support systems of white supremacy. We see this borne out time and again as the poorest communities of African, Asian, and Indigenous American descent are those in Philly least able to access abortion care.

The level of poverty facing the families who seek help from WMF is staggering. Most of the women who call their helpline are making less than $8,000 annually, and 73% of them are already parenting at least one child at home. Yet for most women, the difference between being able to afford an abortion or not is only $128, the average WMF pledge. While Womens Medical Fund was able to provide funding for 3,300 people in need of an abortion last year, a 2016 study commissioned by the organization found an annual need closer to about 9,000 individuals. With WMF as the largest of its type of organization in the country, the national need that is not being met is overwhelming.

Its hard to study the effect of being denied an abortion on women who were eventually forced to carry to term through lack of access. As Gonzales aptly noted, Because of the socialization in our society to place motherhood above everything else, you cant say I actually would have aborted this baby if I had the choice. However one study conducted out of UC Berkeley found that women who were turned away from an abortion center for being too far along faced significantly higher rates of negative physical and economic health outcomes. Likely, the 4,700 Philadelphia women who need an abortion annually but cant afford one are pushed further into systemic poverty which they stand little chance of overcoming.

For most women, the difference between being able to afford an abortion or not is only $128.

The impact of this forced motherhood on children, families, and communities of color is deeply related to the cycles of poverty these communities are already facing. In a state where maternal mortality rates are nearly three times higher for black women than white women, being forced to carry an unwanted pregnancy should be seen as racialized violence. To know that you are beholden to the state, the mental and emotional impact of that is profound, says Gonzales.

Today, it is harder to get an abortion than it was 20 years ago thanks to laws like the Hyde Amendment and the PA Abortion Control Act. In many states heartbeat bills, which prevent abortion after the detection of a fetal heartbeat (before most women know they are pregnant), are spreading through Republican-run legislatures. These bills will likely face constitutional challenge in the Supreme Court, with anti-abortion advocates hoping the new conservative justices will be willing to overturn Roe, or at least weaken it. While Justice Kavanaugh has claimed to respect precedent, Gonzales says, We have zero reason to trust that they would not do what they need to do to overturn Roe v. Wade. Its been clear since before Kavanaugh got the position that is the intentionality behind even putting him on the bench was to overturn Roe.

But the Supreme Court is only one of the threats currently facing abortion access. In Pennsylvania, religious institutions remain one of the key forces fighting for control over women, with the bodies of poor women of color being their primary battleground. Its clear that anti-abortion policies have nothing to do with a respect for life, and are rather about controlling women and the means of reproduction. Religion remains a convenient crutch to push these violent policies on the masses.

According to Joyner, the Catholic Church exerts pressure as both a formidable political lobby and an incredibly well-organized and financed mobilizing organization at the grass-roots level. The church has been incredibly important in the success of Crisis Pregnancy Centers (CPCs), which offer alternatives to abortion by preying on poor women through offering material benefits such as diapers, formula, cash, and employment and housing assistance while peddling false information about the availability, safety, and ethics of abortion. These CPCs benefit from a severe lack of oversight and use shame and coercion to obstruct peoples ability to make their own reproductive decisions, often with city funding (such as those operated under citys Community Umbrella Agency). Philly Reproductive Freedom Collective has created a zine that can be printed and distributed freely to help spread awareness about the dangers CPCs pose.

The best ways to expand access to those most targeted would be to end the mandatory 24-hour waiting period, abolish judicial bypass, and overturn state and federal insurance bans for abortion care, says Joyner.

And now, thats exactly what the Womens Medical Fund is trying to do. WMF, along with the Womens Law Project and Planned Parenthood, are currently suing the state of Pennsylvania in an attempt to overturn the PA Abortion Control Act. If the challenge makes it to the PA Supreme Court, there is a real chance of improving abortion access regardless of race and class, and finally granting the constitutional right to a safe and legal abortion to all women.

You can support the efforts of Womens Medical Fund by donating, turning up to their events, and letting people in your community know that abortion funds exist for them. Follow Philadelphia Reproductive Freedom Collective online (@PhillyReproFreedomCollective) to help them in their goal to end CPCs in Philly.

WOMENS WAY is a proud funder of Womens Medical Fund.

This post was previously published on Medium and is republished here with a Creative Commons License.

Talk to you soon.

If you believe in the work we are doing here at The Good Men Project and want to join our calls on a regular basis, please join us as a Premium Member, today.

Need more info? A complete list of benefits is here.