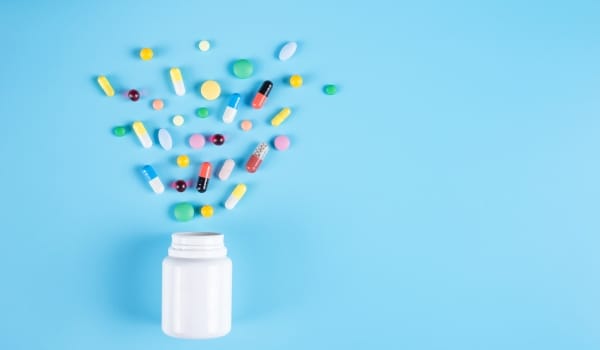 By Nav Persaud and Danielle Martin

The worst aspect of the Canadian health care today is the part that is outside of our single-payer system: prescription medicines. Currently, only doctor and hospital services are covered by the public purse. Other health care needs, such as medications, are covered either out of pocket or through private insurance plans that are often purchased by employers. The result has been undue patient suffering and burden.

Canada is the only developed country with a universal health care system that doesnt include prescription medicines, and we pay more for our drugs than Australians, New Zealanders, and most Europeans. Our patchwork of private and public insurance plans for medicines is similar to, but less intricate than, the patchwork that exists for health care in the United States.

Drugs may be cheaper in Canada than the U.S., but thats not saying much. For 40 years, multiple governmental and academic reports have recommended that medicines be brought under the single payer Canadian health care umbrella. This would ensure that medicines are like visits to the doctor, hospitalizations, and surgeries free at the point of service and accessible to everyone.

The lesson of patchwork coverage based on private insurance that many Canadians have through their workplace is that you always pay more and get less. Canadians overpay for medicines by billions of dollars each year, and yet millions of us cannot afford life-saving medicines. Medicines like insulin, which was discovered in Toronto almost 100 years ago, when Frederick Banting, Charles Best, and James Collip sold the rights to this lifesaving diabetes treatment for $1 each.

Drug prices in the U.S. are even worse, averaging 3.7 times higher than the combined average of 11 similar countries, according to a just-released study of 79 single-source brand-name drugs by the U.S. House Ways and Means Committee. And they keep rising.

Why? Because outside of Canada and the U.S., every industrialized country negotiates drug prices with the pharmaceutical industry, using the power of bulk purchasing to save taxpayer and consumer dollars.

Just as with single-payer solutions to general health insurance, a single-payer approach to medicines is less expensive. In Canada, it would save between $3 billion and $5 billion Canadian a year, thanks to lower drug prices.

In addition to saving money, a single-payer approach to covering essential medicines would improve health outcomes. Our team published a study in early October demonstrating the results of providing Canadians with free access to medicines. The findings werent surprising: With free medicines, people were more likely to stick with the treatments they had been prescribed. Chronic diseases like diabetes and high blood pressure were better controlled. And lower medicine costs made it easier for people to make ends meet or afford necessities such as food and shelter.

As counterintuitive as its sounds, the savings are the problem. Each dollar saved is a dollar less in revenue for the pharmaceutical companies and insurance companies that are happy with high prices because they take a percentage of claims. As a result, they have stymied efforts to implement pharmacare in Canada, producing the patchwork system we have in place today.

Changing Canadian health care will take leadership and the ability to stand up to a private sector that knows how to exert pressure. But it has been successfully done before. New Zealand faced lawsuits and threats that pharmaceutical companies would leave when it planned to strengthen its publicly funded medicines system. In the end, it successfully implemented universal pharmacare coverage. And, the pharmaceutical companies were still profitable even after the changes lowered prices because they stayed.

On October 21 Canadas federal election took place, re-electing a Liberal government who promised to introduce national pharmacare, while the U.S. election is just over a year away. As politicians on both sides of the border look towards changing health care policy generally and pharmaceutical pricing in particular, they should not just aim to protect corporations from socialist ideas. They should also protect patients from corporate greed. Being sick is bad enough.

This post was previously published on quoimedia.com and is republished here under a Creative Commons license.

Talk to you soon.

If you believe in the work we are doing here at The Good Men Project and want to join our calls on a regular basis, please join us as a Premium Member, today.

Need more info? A complete list of benefits is here.