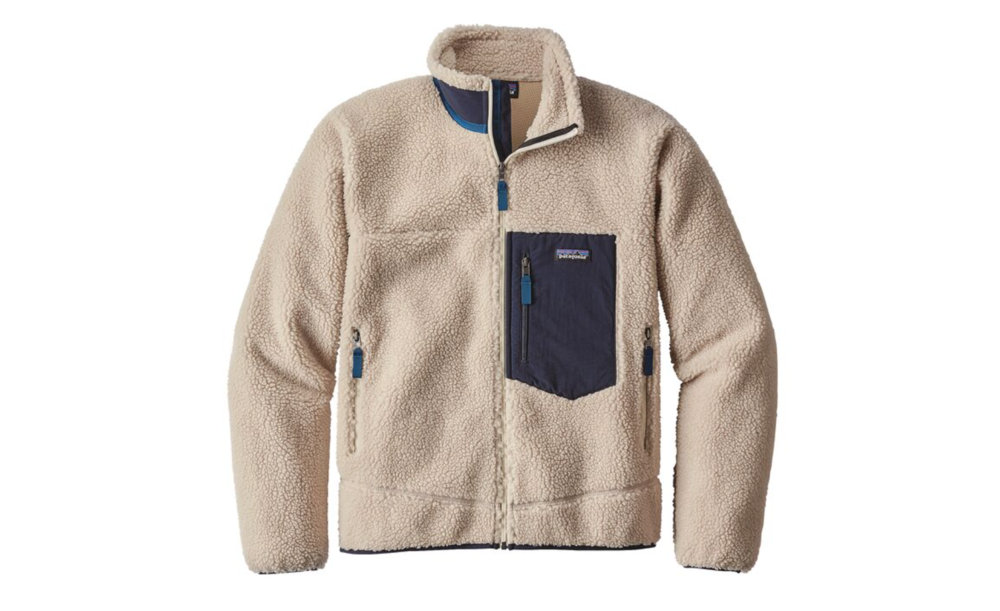 Early this year, the aprs ski activities at some of the ritzy ski resorts that line the sweeping Rocky Mountain subranges of Colorado played host to the launch of a buzzy new beer. Pop-up shops, complete with reclaimed wood booths and staffed by beer-slinging individuals clad in Patagonia-logoed down coats, rounded out the restaurants and bars in the mountain-base villages populated by end-of-the-day skiiers. The beer of choice at these season-specific pop-ups? A new offering from recently-launched brewer Patagonia Brewing Co.

While the pop-up shops staff might have been wearing Patagonia-branded wares and offering consumers to chance to have one tree planted for each mountain peak-adorned Patagonia Cerveza beer they bought, something that sounds a lot like an initiative that would fall neatly under the umbrella of well-known clothing brand, Patagonia, it turns out, there is no connection between the beer co. and the famous outdoors-outfitter.

But how famous is famous? That is the question at the center of the lawsuit that Patagonia filed against Anheuser-Busch this spring. The 46-year old high performance-wear brand, which has found favor amongst everyone from outdoorsy types to fashion industry figures, filed suit against Anheuser-Busch, alleging that the multi-national drink and brewing company (and owner of the likes of Budweiser, Michelob, Stella Artois, and Landshark, among others) had hijacked its trademark-protected brand name for a new beer offshoot called Patagonia Brewing Co.

In the complaint it filed in April, Patagonia asserted that Anheuser-Busch had taken to selling Patagonia Beer by way of its newly-launched Patagonia Brewing Co., thereby, giving rise to a host of issues, including trademark infringement and dilution. More than merely standing to confuse consumers into believing that Patagonia which launched a delicious, responsibly sourced food arm in 2012 called Patagonia Provisions, offering everything from salmon to beer is in some way affiliated or connected with Anheuser-Buschs beer thanks to its use of the same name and a lookalike logo (when that is not the case), Patagonia claims that the beer giant is deliberately misappropriating the tremendous goodwill that it has built up its brand.

Moreover, Patagonia alleges that Anheuser-Buschs use of the word Patagonia on its products will reduce the public's perception that the trademark signifies something unique, singular or particular, i.e., will dilute Patagonias mark, which the brand days enjoys strong consumer recognition, is used as a household term to refer to Patagonia or its products, and is recognized around the world as signifying high quality products and services from a responsible company.

Seeking to get out from under at least some of the claims that Patagonia filed against it, Anheuser-Busch filed a motion to dismiss this summer, arguing that, among other things, the clothing company failed to make it case for trademark dilution because its trademark-protected brand name lacks the requisite level of distinctiveness to be famous, which is significant, as a trademark dilution cause of action can only be successful claimed by the holder of a famous trademark.

Such widespread consumer recognition has been born, per Patagonia, from more than 40 years of consistent use of its trademark-protected name, and it a direct result of the enormous amounts of time, money, and effort in advertising and promoting the products and services on which [its] Patagonia trademarks are used, including in print, on the Internet and at numerous retailers.

While Patagonia did not set out a specific sum that it has spent on marketing endeavors, it did put forth a concrete sum for sales: the company told the court, in furtherance of its argument that it is a famous brand in the eyes of consumers, that is had generated $10 billion in sales in markets across the globe between 1985 and the time of filing suit.

Nonetheless, Anheuser-Busch asserted in its motion to dismiss that Patagonia failed to establish that it is, in fact, a household name, noting that Patagonia is a well-known geographic location that other third parties have used in connection with their own products/services, and asked the court to toss out the dilution claim, a move that proven unsuccessful, as in a decision this fall, Judge Virginia A. Phillips of the U.S. District Court for the Central District of California determined that Patagonia had made its case on a number of counts, but particularly, for dilution.

Speaking specifically to whether or not Patagonia is, in fact, famous enough i.e., widely recognized by the general consuming public of the United States to pursue a dilution claim, Judge Phillips determined that Patagonia met all of the relevant factors for showing that its mark is truly prominent and renowned. Of particular importance for the court in this regard: the duration of the Patagonia trademarks existence (more than 40 years), the money and resources that the company has dedicated to promoting the mark, and its approximate $10 billion in global sales since 1985.

That is a significant finding not just for the purposes of this case in that it enables the trademark dilution claim to move forward (as opposed to being preliminarily shut down), it has implications beyond Patagonia v. Patagonia Beer.

Writing for IPWatchDog, intellectual property litigator Andrew Avsec notes that trademark owners frequently ask what volume of sales is required to establish that a mark is famous, a (legal) standard that is traditionally understood as having a high bar, particularly compared to the layman use of the word famous. With that in mind, Judge Phillips decision puts a couple of tangible figures into the equation in holding that allegations of $10 billion in sales over an approximately 30-year period and use of the mark for over 40 years, along with the other allegations, are sufficient to plead fame.

As for the status of the case, on the heels of its unsuccessful attempt to the dismissal of the dilution claim (among others), Anheuser-Busch filed its answer to Patagonias (amended) complaint, painting a different story of the parties clash. In its October 4 filing, in addition to denying Patagonias claims of trademark infringement and dilution, among other claims, the beverage titan claims that despite the clear connection between [its] PATAGONIA beer and the Patagonia region [given] the origination of the brand in South America, and despite its established trademark rights in the Patagonia name when it comes to beer, Anheuser-Busch claims that Patagonia has now apparently decided that [it] wants to enter the beer market with a PATAGONIA- branded beer and realize that Anheuser-Buschs and its rights stand in their way.

Anheuser-Busch asserts an array of affirmative defenses, including fair use, acquiescence, and unclean hands, just to name a few, and has set forth three counterclaims, asking the court to declare that it is not infringing or diluting Patagonias trademarks by way of its beer offerings and to declare that its federal trademark registration for the word Patagonia for use on beer is valid in light of Patagonias claims to the contrary.

Elliot Page, The Stud and Mae Martin The Hearthrob A Get Together After Going Out
July 27, 2021