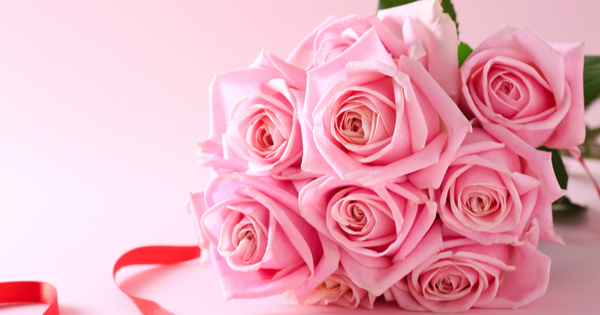 Two springtimes ago we were all together, celebrating both matriarchs over wiener schnitzel and soft pretzels at Workstatt in Brooklyn, on a stretch of Coney Island Avenue with zero ambiance. I was enjoying rare eye candy: my two sons in blazers and button-down shirts. Last spring, on Mother’s Day, my parents weren’t up for the drive down to the city. My brother, divorced like me, had a date. So it was just a low-key party of three: my two boys and me.

Every year, like Ebenezer Scrooge visited by the ghost of Christmas past, I am haunted by two-parent Mother’s Day dinners at the same Jersey Shore restaurant with a pink carnation for every mom. Every year, I grope for the exit sign in the darkness of my mind, Spirit! Remove me from this place! I can get really down, which is silly because no recollections are all bad that includes toddlers sucking up oversized plates of spaghetti with butter. This year, I wanted low-key and hassle-free, just us three, on that second Sunday in May — no hauntings from diaper days, and no dread of Mother’s Days yet to come.

“No pink roses,” I told my sons, in the weeks leading up. “And no stuffed bears, kittens or monkeys.” (I never turn down chocolate.) Then I presented my own Mother’s Day card: “The only thing I want this Mother’s Day is your FULL cooperation. We do what I want to do, without complaint. That’s the best gift you can give me.”

Sunday morning was a soaker, and my ex had the family car. My ex-husband and I still share the KIA. We never saw the point of parking two cars on city streets when we were together, and we still don’t, apart. The arrangement works. Except that day. “C’mon, we’re going to church,” I said, hunting for three working umbrellas. “It’s Mother’s Day, let’s go!” I was on duty for coffee hour set-up. I’d baked blackberry scones that looked better than they tasted. I’d also promised to loan my righteous lemon juicer to the Sunday School teacher for the annual lemonade stand to raise money for some good cause, I couldn’t remember which.

May is the month of Mary in the Episcopal calendar. We promenade, sing Marian hymns, and reflect on the humility and sacrifice of the mother of Jesus, who, after her son’s death, became — by symbolic extension — mom to us all, there to intercede for us, if only we remember to ask. I get that this is not for everyone. The incense, the liturgy, the kneeling to a marble madonna with a pleasingly ovoid face. At fifty-four, — d has evolved into something of a prankster, but a doting one, always in my business, conspiring for good. Still, during this fifth month of the year, when the cherry tree kicks up its blossoms like pink petticoats, and the sycamore leafs out, I enjoy putting a Madonna’s feminine face on divinity, when I pray at the Shrine to our Lady.

To intercede. It’s a good verb. It feels strong and female, and describes what I do when I yank my teen off his kid brother, pinned to the LEGO board on the bedroom floor. I am watchful and ready to intercede to defend the smaller and weaker, no matter how provocative and obnoxious he can be. I foster the dialogue that allows for reconciliation and restored harmony. My job is not to incite turmoil, but that’s where we were headed this past Mother’s Day morning, as William sat in the window sill and gazed out upon April showers offering yet another encore performance in mid-May. “Mush mush!” I prodded my sleepy sled dog. “My ankle hurts,” he complained. We’d run a 5K the day before, benefiting Brooklyn public schools. The teenager was still in bed at 9:30. It didn’t look good. I’d already let the church thing slide since William graduated from Sunday school and Theodore first balked at serving on the communion altar. For the most part, I’d already freed up their Sunday mornings to go back to bed and snuggle into their new identities as Christmas/Easter Christians. And forget about Confirmation. Theo had exercised his right to reject this rite of passage. So aside from the two biggies, Christmas and Easter, and also St. Francis Day, when we present our Australian lizard for blessing, we’d already forgone the family pew.

I didn’t want to ruin this for my sons. This feeling around in the dark and grabbing for the hem of — d, this game of hide and seek with faith. I was weary of the Sunday morning struggle. Besides, I figured, Theodore wouldn’t be the first Anglican teen to swear off church, only to return to witness holy water dripped over his own newborn’s startled neck. Actually, what first drew me to St. Paul’s in my twenties, was that they weren’t a pushy parish. Just red doors thrown open on Saturday afternoons, beckoning believers and nonbelievers alike, to light a sooty candle and sit on a hard bench. No one had approached me; no one left a brochure by my side. This soft sell had felt just right. It still does.

It was weird sitting alone in the third pew this Mother’s Day. But my church family was discreet. No one asked after the errant altar boy or his little brother, who built skyscrapers with pew kneelers. Two sets of jubilant parents presented girl candidates for baptism. One dad even wore a pink blazer. Wet heads and wet eyes, I teared up too, as we congregants renewed our own baptismal covenants. Past, present and future came together in this christening as I remembered my own sons in white gowns, witnessed these babies here now, and envisioned — maybe someday — my sons’ own infants at the shell-shaped font.

Homeward bound after mass, I texted Theodore from the train to wrangle his brother to meet me at the new Indian restaurant, a little farther south on that same, not-scenic stretch of Coney Island Avenue, with auto body shops and a drive-through KFC. I arrived soaked, the sole guest, and chose the table next to the fish tank. The boys showed up drenched, with one umbrella between them. The waiter served up a space heater, along with mango lassis, and we enjoyed mixed tandoori and a spinach dish my boys would actually eat. How a star-rated Michelin chef came to be in the kitchen, behind a fish tank, in an Indian restaurant, on a treeless strip of Coney Island Avenue in Midwood, Brooklyn, is a sacred mystery…

It continued to rain like a mother’s tears on our walk home, and well into the evening.

For my pleasure, but also because the June recital loomed, the boys briefly visited the piano keys. We struck some sweet chords when Theo worked through a few bars of Satie’s warm washcloth of a masterpiece, Gymnopedie. Then we lost him to CSGo gaming and his high school brotherhood of the headset, who’d also by then, ditched their own moms. I packed next day lunches from leftover chicken tikka, while William watched Pokémon, episode #627. As I brushed my teeth, my eleven-year-old burst into the bathroom, having just remembered the card in his backpack. The fifteen-year-old had forgotten to sign it, but he had bought it with his own money at the discount store across the street from the Indian restaurant.

Standing in front of smudged glass with both a toothbrush and card in hand, I realized my own gift to my sons that Mother’s Day was the mirror opposite of what I’d asked for. Along with their growing appetites and shoe sizes, their sense of autonomy was expanding. I acknowledged it that day, and granted them a good part of this Mother’s Day — one Sunday that dictates they be with me — to spend without me instead. A mother’s sacrifice indeed. I gave them license to blow off — for now at least — the faith community that had followed them since they were each held high over the priest’s head, wet and bellowing, and welcomed into the collective heart of God.

The post No Pink Roses appeared first on The Good Men Project.