HANK PHILLIPPI RYAN: His name was Mark Shaw. He was in the same biology class as I was. It was 1965, or so. And he was—so cute. And he loved cars. Cars. I didn’t care at all about cars, but okay. I tried to figure out some common ground for the casual conversation that would lead him to see how perfect I was for him.
So I channeled a Beach Boys song—what’s a little deuce coupe? I remember asking him. What’s four speed duo quad positraction 409?
He told me. And then he asked someone else out. I have to say that he crosses my mind from time to time. And, talking to the lovely and dear pal (and SinC Guppy, yay!)  Judy Penz Sheluk, I learn I am not alone.
Heartbreaks and Half-truths 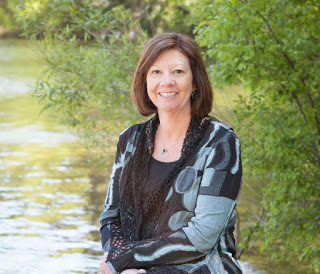 Judy Penz Sheluk
I’ll admit it, I’ve been dumped, and on more than one occasion. The first time was just before grade eight graduation, when my prom date dropped me after I cut my waist-length hair into a “windswept bob.” Admittedly, the hairdo was a disaster, and not only because I’d gone to my mom’s hairdresser (whose idea of fashionable was perm it and roll it). I have wavy, unruly hair, which tends to frizz, and this was back in the day without flat irons and styling products.

But my father had laid down the law: Cut my hair short so that people could see my earrings, or leave it long and go pierceless. I suspect he never believed I’d do it, but off it went. I really wanted pierced ears.
Next up was my first chaste kiss, grade nine, after our school’s spring music concert (he was shorter than me and had to stand on the curb to kiss me, but I walked on air for weeks).
Unfortunately, it wasn’t long before he’d set his eyes on a long-legged track and fielder. My best efforts to master hurdles and high jump with two weeks of training failed to impress, and I gave up both sports at the same time I gave up on him.
But getting dumped aside, I was fifteen the first time a boy really broke my heart. With shoulder-length hair, the bottom of his blue jeans frayed to perfection, and a history of changing schools, albeit not entirely by choice, he was the bad boy to my good girl.
And, of course, I fell madly, passionately in love with him.
Years later, he would get an honorable mention in my first published short story, Cleopatra Slippers. What I didn’t mention in that story was the way the boy dumped me without warning.
By phone.
On Valentine’s Day.
For a blonde-haired, blue-eyed girl he’d been seeing behind my back. A girl with “experience.”
I wonder, sometimes, if any of the boys mentioned even remember my name. My guess is, probably not. After all, to the best of my knowledge, they aren’t writers, we of the very long memories.
But thinking of Blue Jean Boy got me thinking about the theme for the second anthology  I wanted to edit  under the Superior Shores Press umbrella: heartbreaks and half-truths. 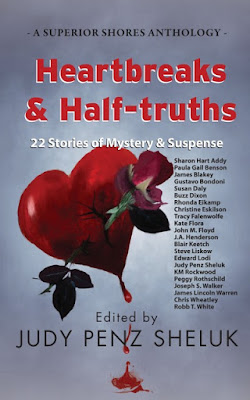 Coming up with a theme, however, is just the first step in what is actually a very long process. For this collection, a callout was sent out in mid October and thanks to social media, the first anthology published by Superior Shores Press, word spread quickly. By the time the submission deadline of January 15 arrived, I’d received 106 submissions from the US, UK, Scotland, France, Germany, Australia, Argentina, and Canada.
Culling 106 submissions down to a manageable number was a daunting task, but the result is a diverse collection of mystery fiction in which one common thread emerges: Behind every broken heart lies a half-truth.
And behind every half-truth lies a secret.
HANK: Congratulations on the anthology, Judy! And what a fabulous line-up of authors! Wow. In clduing longtime friends of Reds  Kate Flora! James Lincoln Warren! John Floyd!  Steve Liskow! KM Rockwood!  Paula Gail Benson! Fabulous.


How about you, Reds and readers?  Is there a love from your past who did you wrong?
Lovers and losers.
Heartbreaks and Half-truths
Whether it’s 1950s Hollywood, a scientific experiment, or a yard sale in suburbia, the twenty-two authors represented in this collection of mystery and suspense interpret the overarching theme of “heartbreaks and half-truths” in their own inimitable style, where only one thing is certain: Behind every broken heart lies a half-truth.
And behind every half-truth lies a secret.