Like any fan of Boys Love manga, I’ve had my fair share of moments shipping the main couple and internally celebrating every advancement in the romance plot. I’ve whiled away more than a few late nights lost in the black and white pages of a story, reading each frame with anticipation. As much as I love a lot of the queer relationships I’ve come across in the genre, the reverse is also true: I’ve come across pairings that are toxic or simply abusive. A lot of the latter are often normalized in the genre, and that’s what pushed me to write this post. I wanted to talk about the red flags of this genre while also recommending some great titles that don’t make the same mistakes.

Boys Love, also known as BL, is a genre of manga that features two men – or boys, if it has a high school setting – falling in love. BL is also an umbrella term, encapsulating other genres like shonen-ai and yaoi, among others. For an in-depth introduction to BL manga, check out this wonderful post.

BL sometimes includes Korean webtoons or manhwa, but for the purposes of this list, we’re sticking to manga.

I’ve been reading manga for a while now, but my discovery of BL manga is new in comparison. One of the things I love about the genre is romance. I have found stories with beautiful art, compelling characters, and swoonworthy romance. That being said, the genre of BL does receive its fair share of criticism.

Criticisms of the Genre

One thing to note about this genre is that is primarily written for women, by women. There are several nuances to this statement, at least in terms of its implication for queer representation. The first is that when I read a BL manga, I’m not always sure about the author’s sexuality. If I’m reading a BL story by a queer author, then I am listening to an underrepresented voice. Most of the time, though, that isn’t the case, which brings me to my next point.

The issue with women who aren’t part of the LGBTQ+ community writing BL is that often, you cross the line into fetishization, which is another form of discrimination because it’s essentially othering a community. You can almost always count on escapism and erotica in BL manga, but authentic representation is another matter entirely – it can exist, but it certainly isn’t a feature across the genre.

Moving away from representation, another issue that often wrecks my entire reading experience when it comes to BL manga is the distinct lack of consent between characters. Again, there are – thankfully – titles that don’t partake in this theme, but it’s prominent enough in the majority. I can’t remember the number of times I’ve read a manga where the characters are about to get into it and one of them does not consent, to no avail. Any protests, expressions of discomfort, or fear, fall on un-listening ears. As a reader, it’s a very disturbing experience. The issue is exacerbated by the fact that rape is almost normalized, both within the narrative and the genre overall.

Not all titles follow this tradition. There are some great stories out there where we see meaningful, healthy relationships between characters. 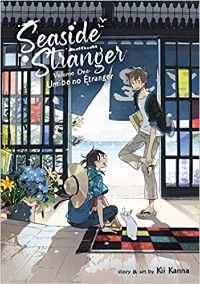 Set in a small seaside town, this manga is about a blossoming romance between Shun, an exiled writer who works part-time in his aunt’s restaurant, and Mio, a high school student who just lost his mother. The two connect when Shun catches Mio staring at the sea one day, but soon Mio leaves the island with promises to call. Three years pass with no word, and the next time Shun sees Mio, it’s when the latter shows up at his doorstep with a confession of his feelings. This is a slice-of-life romance with gorgeous art. What I loved about Shun and Mio is that they’re always open and communicative, even as they’re bumbling their way – endearingly – to love. 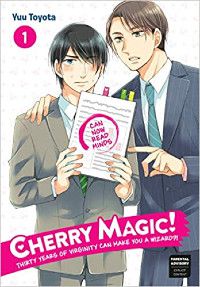 There’s an urban legend that says if you hit 30 as a virgin, you gain magical powers. On Adachi’s 30th birthday, he finds that he can read the minds of anyone he comes into physical contact with. If this isn’t a startling enough discovery, it’s made all the more surprising when Adachi finds that a handsome coworker, Kurosawa – who Adachi grudgingly respects – has feelings for him. This office romance series is still ongoing, but it’s the perfect mix of funny, sexy, and heartfelt. It was hilarious listening to Kurosawa swoon over his crush, and absolutely heartwarming to see Adachi respect and slowly respond to his feelings. The two are so honest and sincere towards each other, it’ll have you rooting for them. 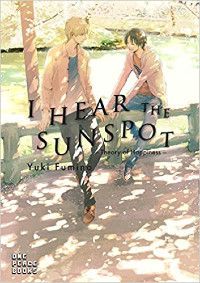 I Hear the Sunspot by Yuki Fumino

University student Kouhei has a hearing impairment and keeps others at an arm’s length. When loud and bright Taichi quite literally crashes into his life, the two strike up a deal: in exchange for taking class notes for Kouhei, Taichi will be given lunch every weekday. The more time the two spend together, the closer they get. Kouhei grows fond of how Taichi’s jokes and his endless appreciation for food, while Taichi is quick to stand up for his new, quiet companion. As a plus, there’s a good amount of commentary on ableism and the ways in which hearing folks are privileged. This is a slow-burn romance, and there are moments that will make your heartache. Both characters are well-suited to each other, and although there are moments of misunderstanding, they’re worked through in the sweetest ways. 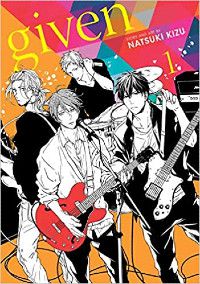 Given by Natsuki Kizu

High school student Mafuyu has recently suffered a loss, and when Uenoyama offers to fix his guitar for him, he ends up mending a lot more. Both boys are part of a band, Given, along with two more men: Haruki and Akihiko. Haruki and Akihiko have a very bumpy road to happiness, but they form a deliberate counter-example of another toxic pairing within the series. This heartfelt series will break your heart and then put it together again. 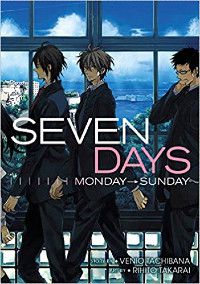 This is another story set in high school. Every week, whoever asks out Touji first on Monday gets to date him for a week. When Yuzuru asks Touji out on a whim after running into him one morning, the last thing he expects is for Touji to agree. What follows is a week of cute moments and two boys connecting. The more time that passes, the tighter each wants to hold on to the other. Seven Days has the perfect combination of angst and fluff, paired with a couple who are clear about what to expect from each other. Don’t miss out on this short and sweet read. 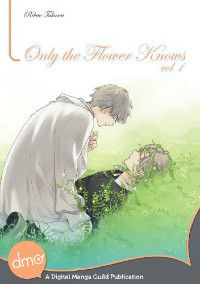 Only the Flower Knows by Rihito Takarai

Written by the same author as Seven Days, this manga follows two university students, Misaki and Youichi. Youichi has everything he could want – good grades, friends, and a cute girlfriend to boot. But when a chance encounter with Misaki has Youichi dreaming and longing for Misaki, things start to change. Then Youichi starts working in the same lab as Misaki, and the two grow closer. This is another soft, heartfelt read. 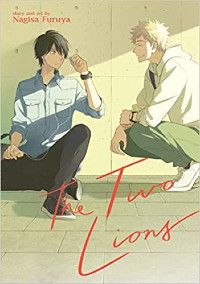 The Two Lions by Nagisa Furuya

When Junpei runs into Leo at his university, he doesn’t recognize him at first. A few encounters later, Junpei realizes that Leo was the infamous, unfriendly “Demon Lion” from high school. Leo is looking for a fresh start, and Junpei agrees to be his first friend. While Leo looks forbidding, Junpei slowly learns to peel back his layers and see the person hiding underneath. This is a good friends-to-lovers story that tells you that appearances aren’t everything. 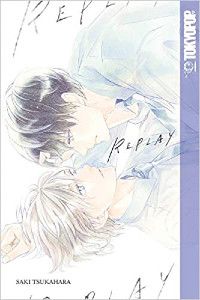 Ritsu and Yuta are childhood friends united through their love of baseball. When both of them retire from the team after losing to a rival team, they both have to navigate their lives without the game. As they try to adjust to the change, other things start shifting: their friendship starts to blossom into something more. This is a wholesome love story with coming-of-age themes.

Some of these titles have a steamy romance, while others barely go beyond a kiss. What I like about all of them is that the characters respect each other, and if they happen to hurt each other, they resolve the conflict in a mature and meaningful way. Although the BL genre has a long way to go in terms of the relationships it portrays, collections like this list make me happy to be a fan.