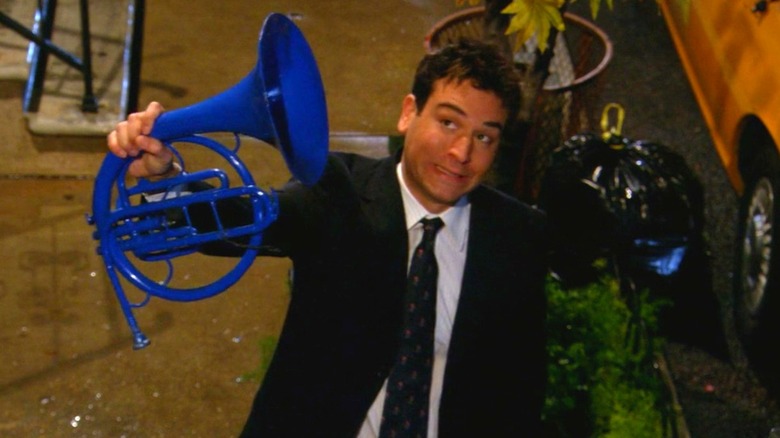 Now that "How I Met Your Father" is underway on Hulu, it feels like as good a time as any to revisit the original "How I Met Your Mother." The long-running sitcom doesn't really have the same rewatch culture surrounding it that other shows like "Friends," "The Office," and even "New Girl" have earned over the years. I suspect that largely has to do with how divisive the series finale is — and the fact that some of the jokes are a little cringe fifteen years (give or take) later.

The show was technically a romantic comedy, but while I was as invested in who Ted ended up with as anybody, what struck me most about the original series was the way it built a convincing friend group. You know how you and your friends have your own little language of recurring bits and inside jokes that fall flat when you try to explain them to anyone who wasn't there? "How I Met Your Mother" managed to dramatize that experience and let the audience in on the joke. Few shows manage to pull that off.

In the spirit of healing, here's every season of "How I Met Your Mother" ranked. 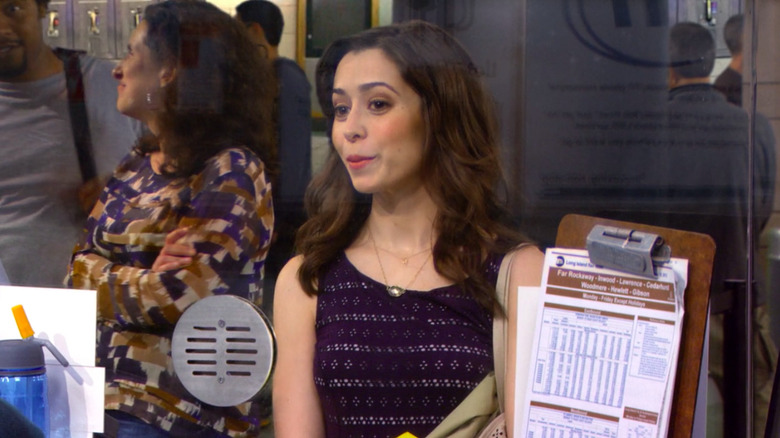 How long can you draw out the wedding of two characters who ultimately get divorced in the series finale? For a very long time, apparently. One would think I'm talking about the final season here, but I'm not. The penultimate season was an absolute drag. There were no new bits or memorable love interests. At least the final season mixed up the format a bit and had some fun. Sadly, Season 8 treads water in the most annoying ways possible. When familiar plots and characters like The Captain, Robin's history as Robin Sparkles, Barney's playbook, and "Robots vs. Wrestlers" resurface in Season 8, they feel played-out and kind of annoying.

I don't even want to think about Barney dating Robin's annoying coworker Patrice (who, in retrospect, wasn't even that annoying). And Robin was just mean. Although the only notable part of the final season was the longed-for reveal of Cristin Milioti as The Mother, Season 8 somehow managed to have even fewer highlights. 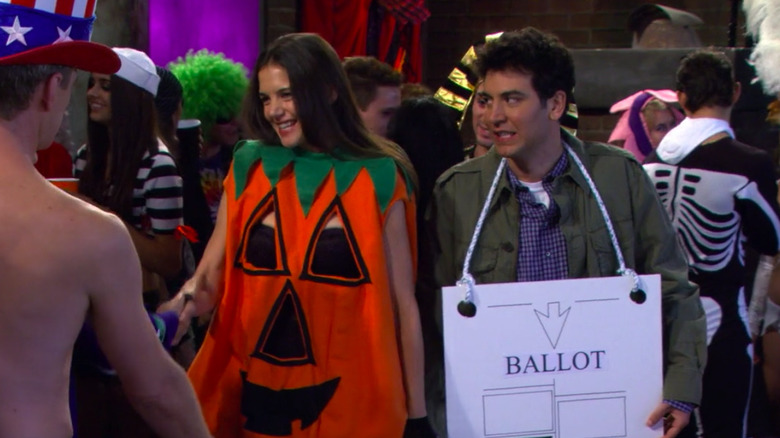 While Season 7 was nearly as lackluster as Season 8, it was at least momentarily satisfying for fans of Barney and Robin as a couple. It also gave us a great meme by way of Robin drinking wine under her desk — You know the one. The bright yellow ducky tie that Barney has to wear for a good chunk of the season is also pretty funny. 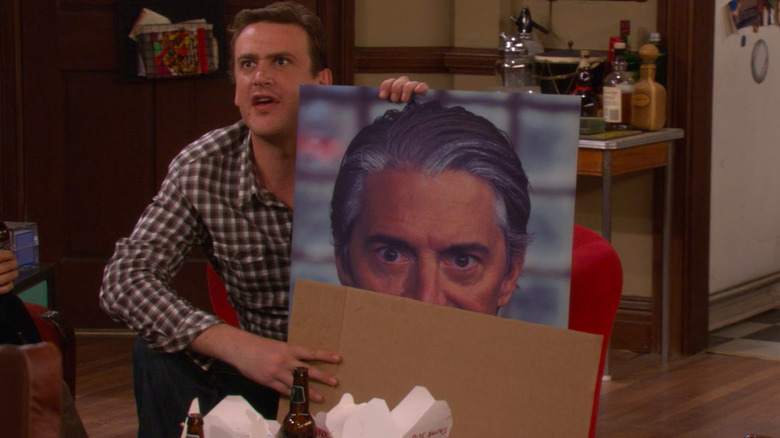 Season 6 was solid, and I don't have too many complaints. However, there are some storylines that just don't hold up — like Ted changing his mind about whether or not a building should get demolished because of a break-up. I was never a huge fan of Zoey and The Captain, either, but Marshall's obsession with how The Captain (played by Kyle MacLachlan) looks scary from the eyes up and friendly from the nose down is very funny. Still, it was pushing it with guest stars like Katy Perry and Nicole Scherzinger. When the guests stand out, that's a sign that a show is jumping the shark.

Remember "The Subway Wars," the episode about trying to get to a restaurant because Woody Allen might be there? Yikes! Racing across the city using different modes of transportation is such a good concept for an episode that I will unfortunately never watch again. 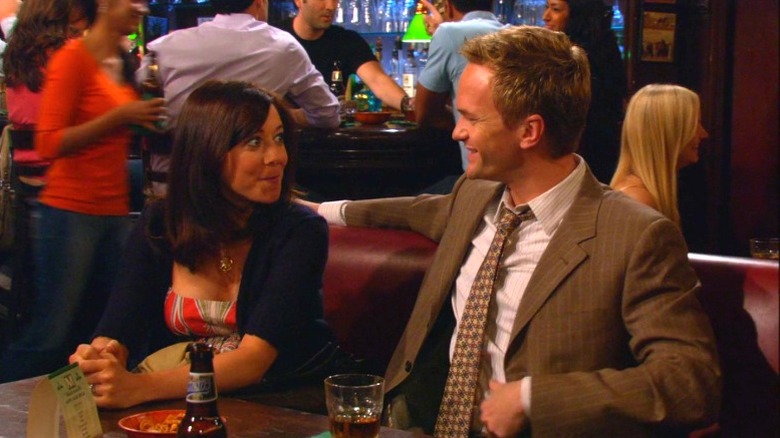 Season 4 was the only season of "How I met Your Mother" to be nominated for an Emmy for outstanding comedy series, but I'm not really sure why. Nothing about this season really stands out to me. A lot of the clues about The Mother's identity that we discover in Season 4 (like her yellow umbrella and that she attended Ted's first lecture at Columbia) don't pay off for years. There was some slow-burn Barney and Robin stuff but no memorable love interests for Ted (like Stella and Victoria in previous seasons) or additions to the canon of recurring jokes (like the doppelgangers or the slap bet) this season. I also don't really like how Lily's manipulation takes a dark turn. Were the Emmy folks really impressed with the comedic ways the show hid Alyson Hannigan's pregnancy? Did they really like the finale? Were they really reminded of how good Season 2 and Season 3 were when they nominated Season 4? Who's to say? 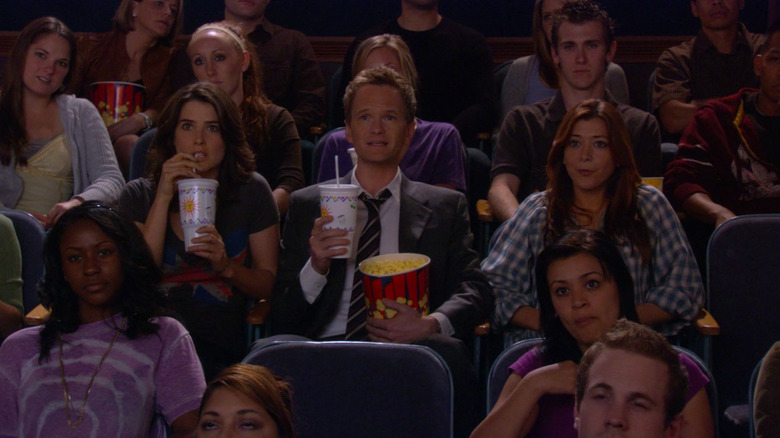 Season 5 is probably the last of the truly great seasons of "How I Met Your Mother" and therefore deserves to be placed solidly in the middle. There are some episodes I think about all the time and some that I would rather forget. Pros: "The Wedding Bride," "Slapsgiving 2," and "The Window." Cons: the suit song and "The Sexless Innkeeper."  Cindy, Ted's love interest from outside the group, is not all that memorable — sorry, Rachel Bilson — but I did enjoy Robin's enemies-to-lovers thing with her coworker Don.

Also, if you'll allow me to get on my soapbox for a moment, Season 5 is a big part of the reason why I hate the "How I Met Your Mother" series finale. Barney and Robin have already broken up and returned to old patterns. That happens in Season 5! Do you expect me to feel closure when it happens again in the finale?! I can't do that, babydoll! 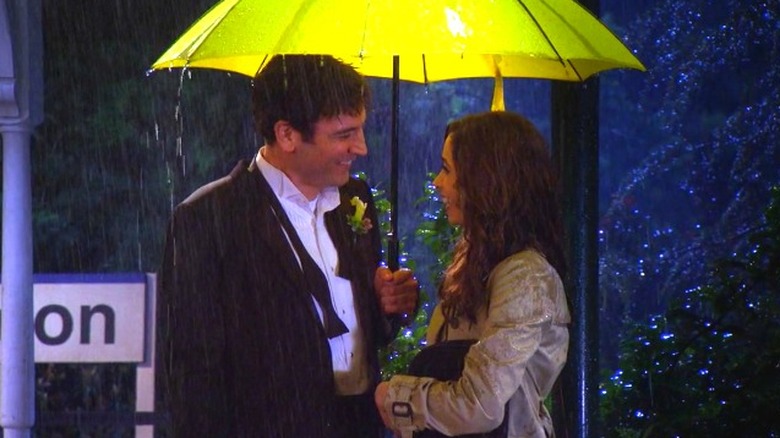 While I don't like the "How I Met Your Mother" series finale, I do really like the final season and the crazy concept it tries to pull off. In its last season, "How I Met Your Mother" shook off convention and finally made things fresh by setting all 24 episodes during a single wedding weekend. It's almost like a romantic comedy version of "24." There were flashbacks and flash-forwards. And we got to spend a whole season with the titular Mother. I was even happy to see Lin-Manuel Miranda (who was a huge fan of the show as people like me who followed him on Twitter before 2015 may remember) in the final season.

I'm not about to go rewatch it any time soon because the memory of how the show ended is too painful, but I respect that they tried something different. More shows should take big risks like that (even if they take nine seasons and don't pay off). 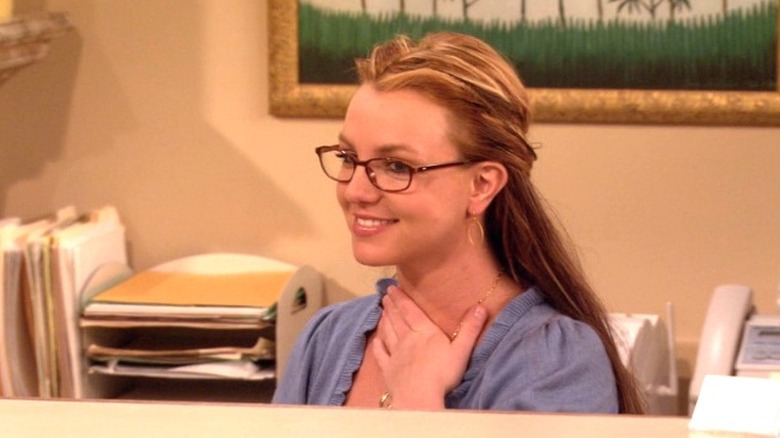 Is Season 3 the best? It's close. In my humble opinion, the first three seasons of "How I Met Your Mother" are kind of interchangeably awesome. If you asked me on another day, I might rank them differently. This is the season that featured Dr. Stella F. Zinman. Through the years, fans became attached to Ted Mosby's various love interests, despite knowing they probably weren't The Mother. Even though Ted's relationship with her ended badly in Season 4, Stella was one of my favorites.

This season also has "How I Met Everyone Else," an origin story episode that's actually pretty good despite Barney's cringe-worthy "hot-crazy" scale. Not all of the jokes aged well on this show, unfortunately.

Some other standout moments in Season 3 include "Sandcastles in the Sand," Ted pulling off red cowboy boots, Britney Spears' incredible performance as Stella's receptionist Abby, Ted's two-minute date, and of course, "Slapsgiving." 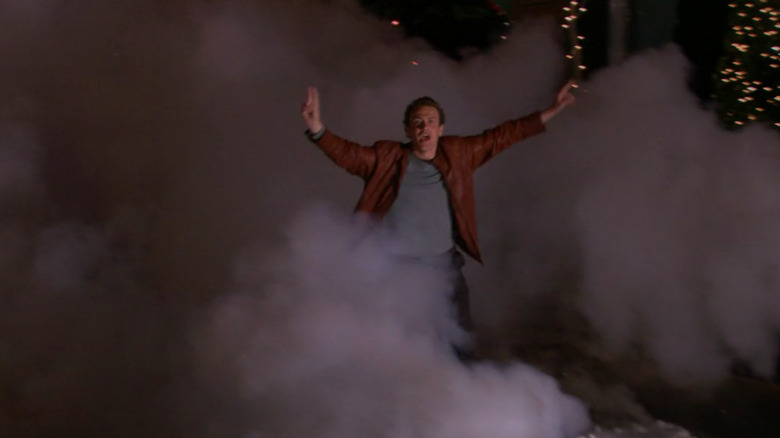 The first season of "How I Met Your Mother" is strong. The pilot sets up a mystery, and an OTP in Ted and Robin that you think you're not supposed to root for but might anyway. That said, let's not forget Victoria. So many people in the early days of "HIMYM" fandom wanted Ted to end up with the quirky baker.

Looking back now, it's impressive how many of the show's most iconic episodes and moments were in the first season. "Slutty Pumpkin" and "The Pineapple Incident" were Season 1. Ted goes to a matchmaker in Season 1. We learn about how Barney reinvented himself in Season 1. The devastating cliff-hanger where Ted discovers that Marshall and Lily broke up is the Season 1 finale. The first season also offers some sage advice: New Year's Eve is always a letdown and nothing good happens after 2 a.m. no matter how many times you try. It's a really great season, honestly, but ultimately not as legen... wait for it... 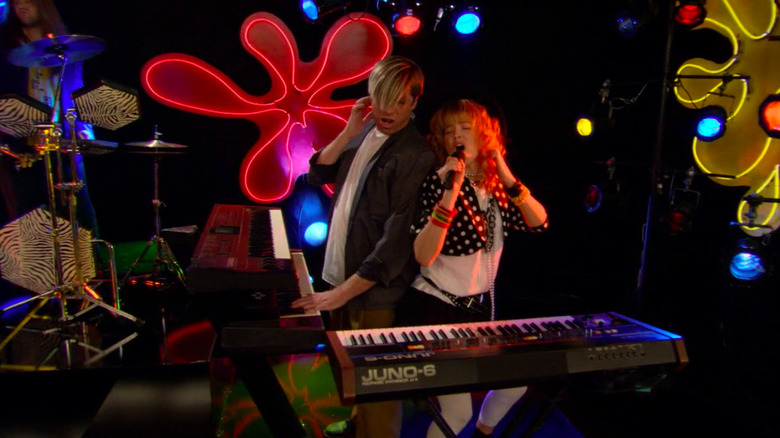 Season 2! (See what I did there?) Season 2 deserves to be at the top of this list if for no other reason than the episode "Slap Bet" which introduced both the titular bet and Robin Sparkles' "Let's Go To The Mall." "Slap Bet" is the definitive episode of the show. This is the season that took the show to the next level. This is the season in which Barney goes on "The Price is Right." There's also an incredible Christmas episode. There's an oddly relatable Super Bowl episode, in which the gang tries to avoid the score until they can all watch together, that anyone who has ever tried to stay away from spoilers can understand and laugh at. And there's "Swarley," a personal favorite episode of mine, that begins with a "Friends" parody and ends with a "Cheers" parody.

As much as it pains me to say it, Season 2 is important because it reveals that "How I Met Yor Mother" is ultimately about how Ted and Robin are meant to be together.

Read this next: 15 Shows Like Brooklyn Nine-Nine You Need To See

The post Every Season of How I Met Your Mother Ranked Worst to Best appeared first on /Film.