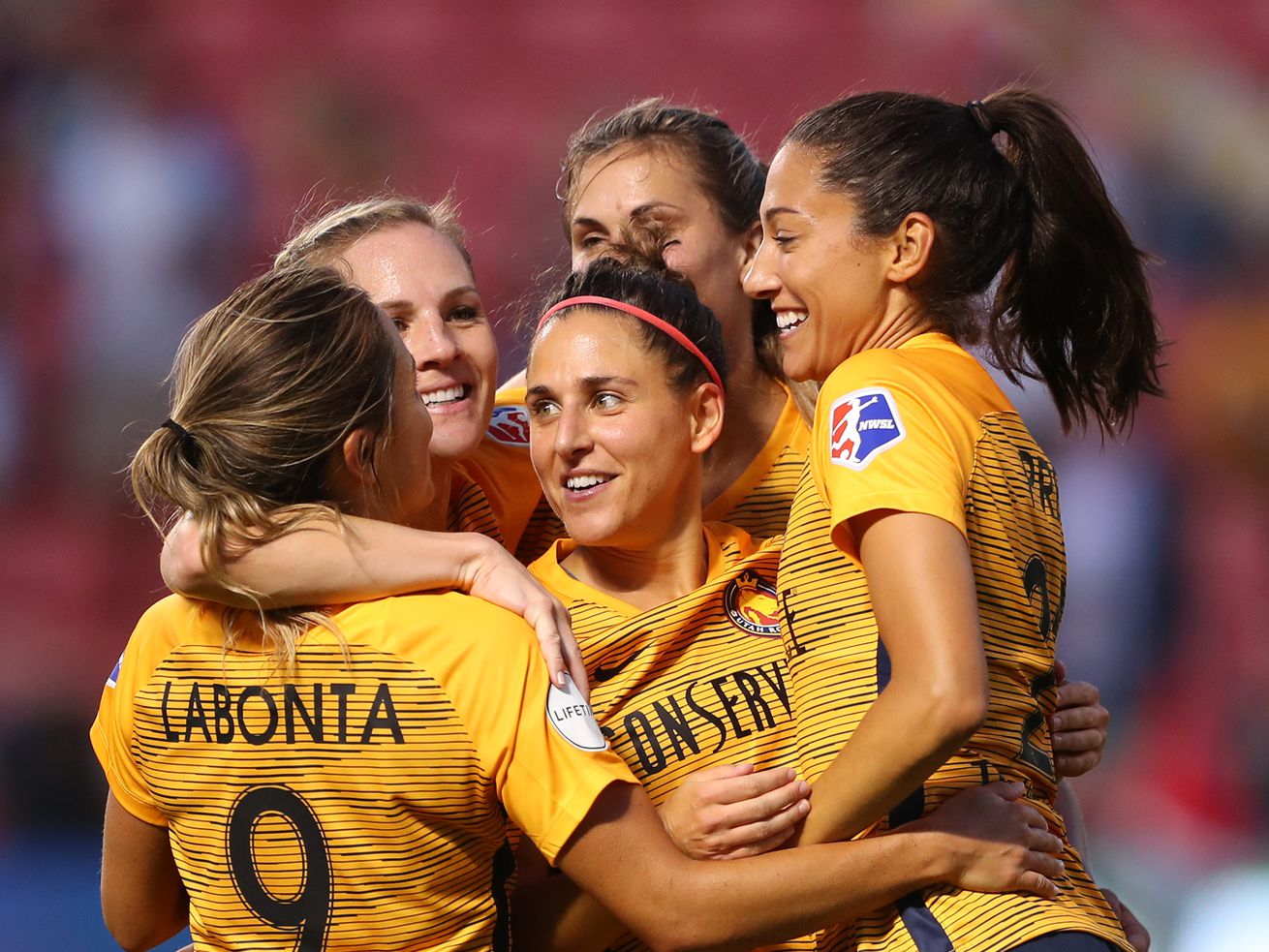 SALT LAKE CITY — In the wake of a report from earlier this week that alleged a culture of sexism within the Real Salt Lake organization, which includes Utah Royals FC of the National Women’s Soccer League and the Real Monarchs of the USL Championship, a number of URFC players have spoken out publicly via social media, as have general manager Stephanie Lee and head coach Craig Harrington.

Carroll took a leave of absence from Utah Soccer, the umbrella that owns all three clubs, on Tuesday, but players soon began to speak out concerning the allegations.

Becky Sauerbrunn, who is now with the Portland Thorns FC, was first, tweeting Tuesday, “Anyone else sick of this narrative? That a woman’s success can only be defined by what a man deems valuable?... Our accomplishments are worthy of recognition, in and of themselves. Also, if you can’t ‘sell’ excellence, can you actually sell anything?”

On Wednesday, the United States Women’s National Team, of which Sauerbrunn was once also the captain, put a video of her on social media with captions of “Excellence personified” and “Appreciate excellence.”

That night, all RSL players walked into their game against Seattle Sounders FC at Rio Tinto Stadium in Sandy wearing either a yellow URFC shirt or a blue team jersey. A tweet from RSL with photos of the players read, “Let’s be clear, WE appreciate excellence.”

Multiple URFC players expressed appreciation to RSL players, with midfielder Vero Boquete sharing a photo on her Instagram story of URFC players at the RSL game with the caption, “Boys, we are with you,” a show of solidarity as the entire organization has experienced great turmoil over the last week.

On Thursday morning, Gunny Jonsdottir addressed the allegations on social media, writing, “These remarks are disgusting and as someone who was personally named I want to say...Enough. The days where women are judged by their looks are OVER. I won’t be silent anymore. As @beckysauerbrunn says: our accomplishments are worthy of recognition, in and of themselves.”

Referencing Sauerbrunn’s comments specifically, Desiree Scott wrote on her Instagram story Thursday, “I have had the honour of playing alongside in my opinion one of the best center backs in the world and proud to call her a friend. Disgusting and beyond tired of the BS that continues to come to light. Keep shining my girl and leading the way. I’m with you.”

Scott also wrote, “Appreciate you,” “Thank you” and “We stand with you” in reference to RSL’s Wednesday action, and wrote of Jonsdottir, “I fully support my best friend who is one of the most incredible humans I know and whose work ethic on and off the field always shines through.

“Speaking up is a brave thing to do and I stand with you! These comments are absolutely unacceptable and us as women need to be respected. Period. No woman/girl’s talent or worth should be judged based on their appearance! Let’s change this narrative..the fact this is still a conversation boggles my mind! Love you my girl!”

Later, rookie Tziarra King, who was very outspoken on social media last week after Utah Soccer owner Dell Loy Hansen (who has announced he is selling) criticized RSL players for not playing last Wednesday, wrote on Twitter, “I truly hope people are learning and reflecting right now. What are you doing to get rid of toxicity in your work environment? Do your employees and players feel safe and comfortable voicing concerns? Are you holding everyone to the same standards of accountability? Be proactive.”

I truly hope people are learning and reflecting right now. What are you doing to get rid of toxicity in your work environment? Do your employees and players feel safe and comfortable voicing concerns? Are you holding everyone to the same standards of accountability? Be proactive.

On Thursday night, URFC general manager Stephanie Lee and head coach Craig Harrington released statements within an hour of each other on social media.

Wrote Lee, in part: “I have struggled to find the right words this past week. It is no longer enough to spend my days advocating for the athletes of the NWSL in the locker room and on the field, if I am not going to advocate for them off the field as well.

“The racism, sexism, disrespect and discrimination that was reported about our organization’s leadership has been horrific. Nothing that was alleged is excusable or acceptable. None of it. We were supposed to be better, we were supposed to be making a difference.” — Utah Royals FC general manager Stephanie Lee

Lee wrote that she is “in awe” of the players for working this week through the turmoil, adding that, “They continue to hold me accountable, and I will forever respect these athletes and how they have picked themselves back up from this.”

She continued, “But now is time for real change. For us and by us,” and she echoed the sentiments of the players that they should be judged for their “accolades and merit.”

“Let’s take a seat at the table, let’s speak out, let’s get it done, let’s lift each other up as we climb,” she wrote.

Lee closed her message by encouraging all who are eligible to register and vote.

Harrington’s statement read, “It has been an honor to watch the Utah Royals players raising their voices for racial and gender equality. I commend their bravery in moving our society to become more just and equitable. There is no place for racism or sexism in sports or in society. Whether on the field or off, as their coach and ally, I am proud to support them in this fight.”

On Thursday afternoon, the schedule for the final three games of URFC’s fall series was released after the first game was announced earlier this week. URFC will play Washington-based OL Reign on Sept. 26 and the Thorns on Oct. 3 at Rio Tinto Stadium and conclude against the Reign on Oct. 17 in Washington.

It is not immediately clear if fans will be allowed at matches. Up to 5,000 were allowed at RSL’s Wednesday match at Rio Tinto Stadium.