Dales Pale Ale is all grown up.

The pioneering American pale ale born in Lyons is getting a fresh new look for the first time in more than a decade as Oskar Blues Brewery overhauls its craft beer cans, packaging and logo.

Dont worry. You wont accidentally walk past Dales at the store it still comes in a signature blue can with red and white accents. But overall, youll notice a simpler, more streamlined look.

Just like anything, being a guy whos turning 51, everything needs a tuneup once in a while, said Oskar Blues founder Dale Katechis.

Gone are the mountains and the words Rocky Mountain Pale Ale. The whimsical Oskar Blues Brewery font has also been cleaned up and transformed into an easier-to-read logo, situated on a rectangular shield at the bottom of the can.

Youll see new cans and packaging for Oskar Blues other beers, too. Old Chub, the brewerys Scotch ale, now dons a blue, green and red Scottish tartan. Mamas Little Yella Pils, the Bohemian Pilsner, has been given a retro, 1970s vibe in orangish-yellow, while the GKnight Imperial Red IPA has a simple green motif featuring a forest of trees.

Though the colors, fonts and backgrounds vary across the cans, they all share the same general design. The beers name is front and center, while the new Oskar Blues logo features prominently on the bottom third of the can, accompanied by a wrap-around, horizontal stripe with stars.

We wanted to brighten the packaging and give it a little more of a consistent thread throughout, all the while, youll notice each can has its own individual personality, Katechis said.

The new look should help clear up any confusion about who makes these beers (because Dales Pale Ale is so popular, consumers often mistakenly believe Dales is the name of the brewery) and help the beers stand out in an increasingly crowded craft beer marketplace.

Of course, as with any major artistic undertaking, it took a lot of debate to hash out the new designs (as you might have guessed, there were lots of discussions held over beers). In the end, however, Katechis says it was a collaborative process that took into account Oskar Blues history and values while setting the brewery up for success in the face of changing consumer preferences and increased competition.

The redesign process is reflective of broader changes at Oskar Blues, which has matured in its own right since its founding in 1997, says Katechis, who started brewing beer in 2002. The brewery which youll often find described as irreverent incorporates more feedback from consumers, retailers and distributors into its decision-making process these days, which wasnt always the case.

Once Old Chub hit the market, those voices started coming at us more and more, Hey, you guys have a Scotch ale, which no ones doing, and basically a big IPA that youre calling a pale ale in a can. Can you give us something a little bit lighter? Katechis recalled.

Not one to acquiesce, the brewery followed up with GKnight, an 8.7% imperial red IPA.

We were really taking the position of challenging what was acceptable in the marketplace, and thats how we approached it, right or wrong, says Katechis.

Today, though, the brewery is more open to considering trends and changing consumer tastes. (And yes, Oskar Blues finally did answer those calls for something a little lighter the brewery released Pinner, a 4.9% session IPA, in 2015.)

We kinda had to get over ourselves a little bit, says Katechis. We have to be more considerate and more responsive to our retailers needs and wants and desires it has just gotten way too competitive.

After years of exponential growth led largely by Dales Pale Ale, sales of Oskar Blues core beers plateaued roughly two years ago, according to Katechis. Out of necessity, the company began to focus more on innovation and experimentation, creating new and different beers and other beverages to remain competitive.

That innovation led to popular new products like Can-O-Bliss, a series of rotating IPAs, and Wild Basin, a line of hard seltzers. Oskar Blues also developed One-y, a hazy IPA with 100 calories.

The brewery has worked hard to maintain a balance between staying true to itself and responding to consumer demands, Katechis says. So far, that work has paid off: Katechis said the brewery had a remarkable year in 2019.

We are all slowly becoming and growing up into beverage companies, said Katechis, who lives in Longmont. In a time where craft was kind of leveling off, it gave us this inflection point to really look inside of ourselves and have an opportunity of a second life and a new phase of our company.

The shifting world of craft beer also played a role in Katechis 2015 decision to sell a majority stake in Oskar Blues to Fireman Capital Partners, a Boston-based private equity firm. The company created the Canarchy Craft Brewery Collective, a group of seven breweries located across the country, including Oskar Blues, to better compete with big names like Molson Coors and AB InBev (which makes Budweiser and other brands).

We saw what was happening in the marketplace and we felt like we were the size of brewery that couldve gotten caught right in the middle and not been able to compete at that next level, Katechis said. We knew we were going to have to compete with (AB InBev). They were buying up craft breweries, they were getting all the retail space, they could soak up margin and operate more efficiently than we ever could. It was coming at us from companies that were 100 times larger than us.

Under the Canarchy umbrella, the breweries can function more like a large company, though the collective still pales in comparison to AB InBev, which sells 120 times more beer by volume, according to the Brewers Association. Together, the Canarchy group has greater geographical reach, can get better deals on raw materials and benefits from consolidated systems and functions ranging from accounting to sales, Katechis said.

(Its worth noting that the Brewers Association still considers Canarchy a small, independent U.S. craft brewer because of its production volume 421,219 barrels in 2018, the most recent figures available and because its not owned by a larger beverage alcohol industry member.)

On a more personal level, Katechis realized he needed to plan for Oskar Blues future, and he felt like the team at Fireman Capital Partners understood and shared his values.

Not one of my four children was showing any interest of being in this business, he said. I owned 100 percent of the company and I really did not have a succession plan.

Today, Katechis still plays an advisory role in Canarchy and weighs in on marketing decisions, but is not involved in day-to-day business operations.

Of course, his name is on the can of Oskar Blues most popular beer. He remains one of the brewerys biggest champions as it charges boldly ahead into an ever-changing beverage landscape.

Subscribe to our new food newsletter, Stuffed, to get Denver food and drink news sent straight to your inbox. 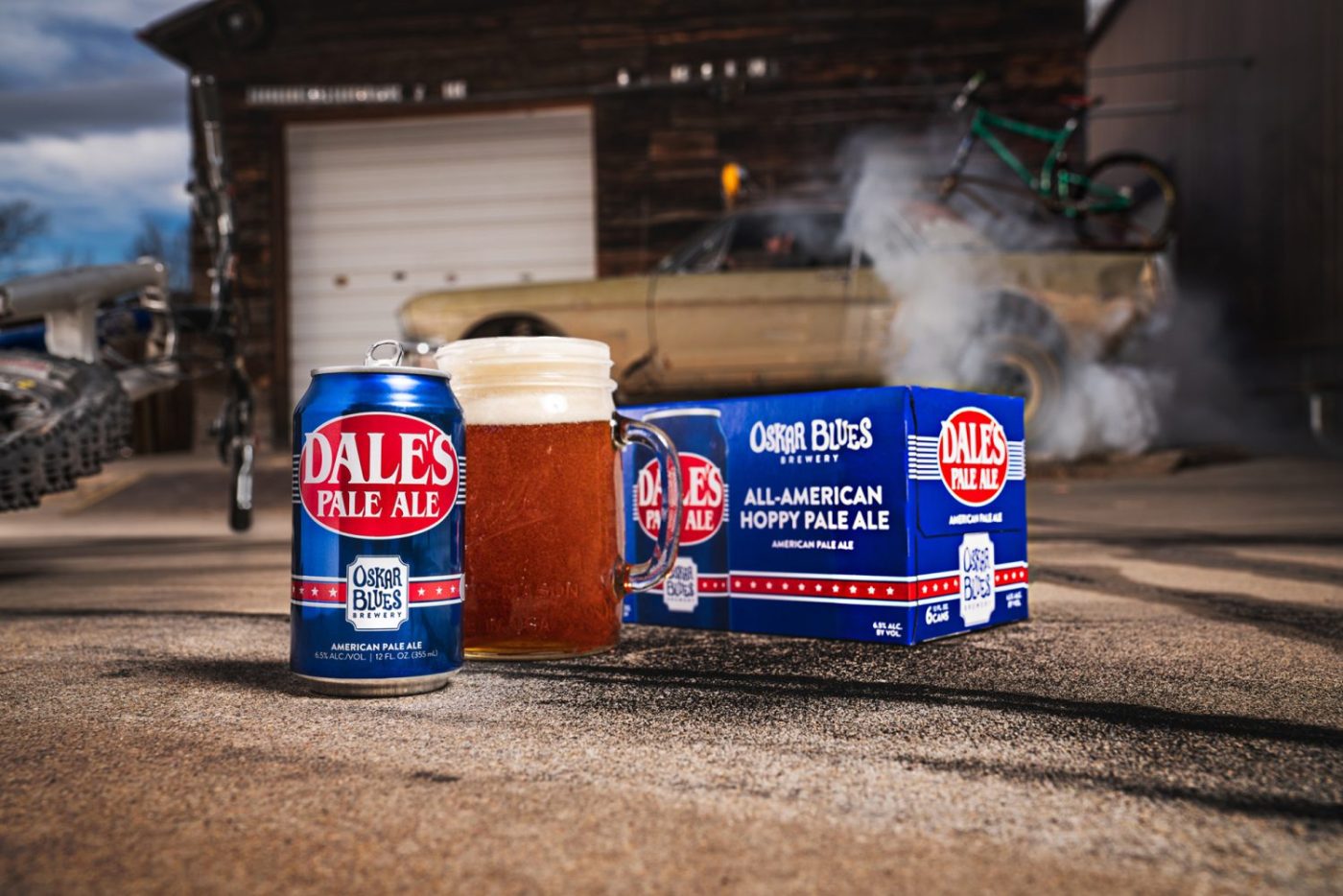