Prolific design studio Nendo is known for working on up to 400 projects at once. From bonsai trees to piggy banks and umbrella stands, here are 10 products that have been given a Nendo makeover. 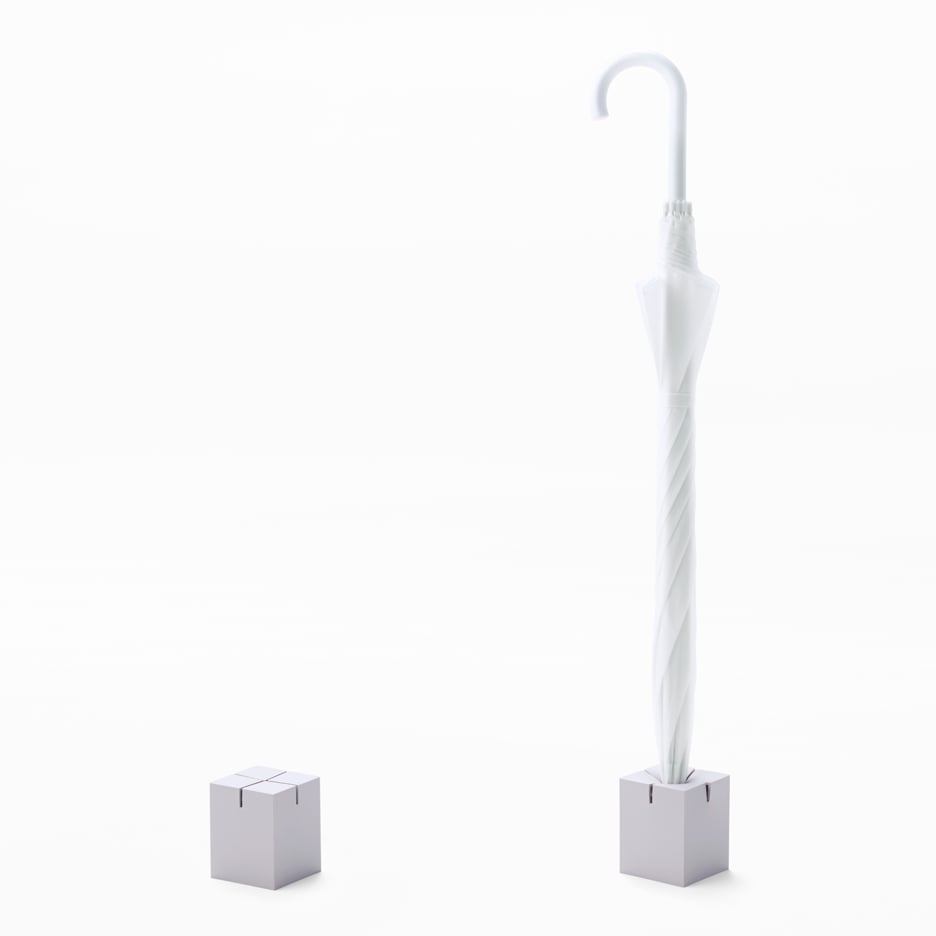 The umbrella stand was given a minimalist redesign by Nendo in 2016. Called Meji, it takes its inspiration from the joins of a tiled floor and is intended to be smaller and more space-saving than a traditional receptacle.

When an umbrella is pushed through the crosshairs formed by cuts in the silicon-covered resin block it sticks up perfectly straight without needing sides to rest against.

Find out more about Meji › 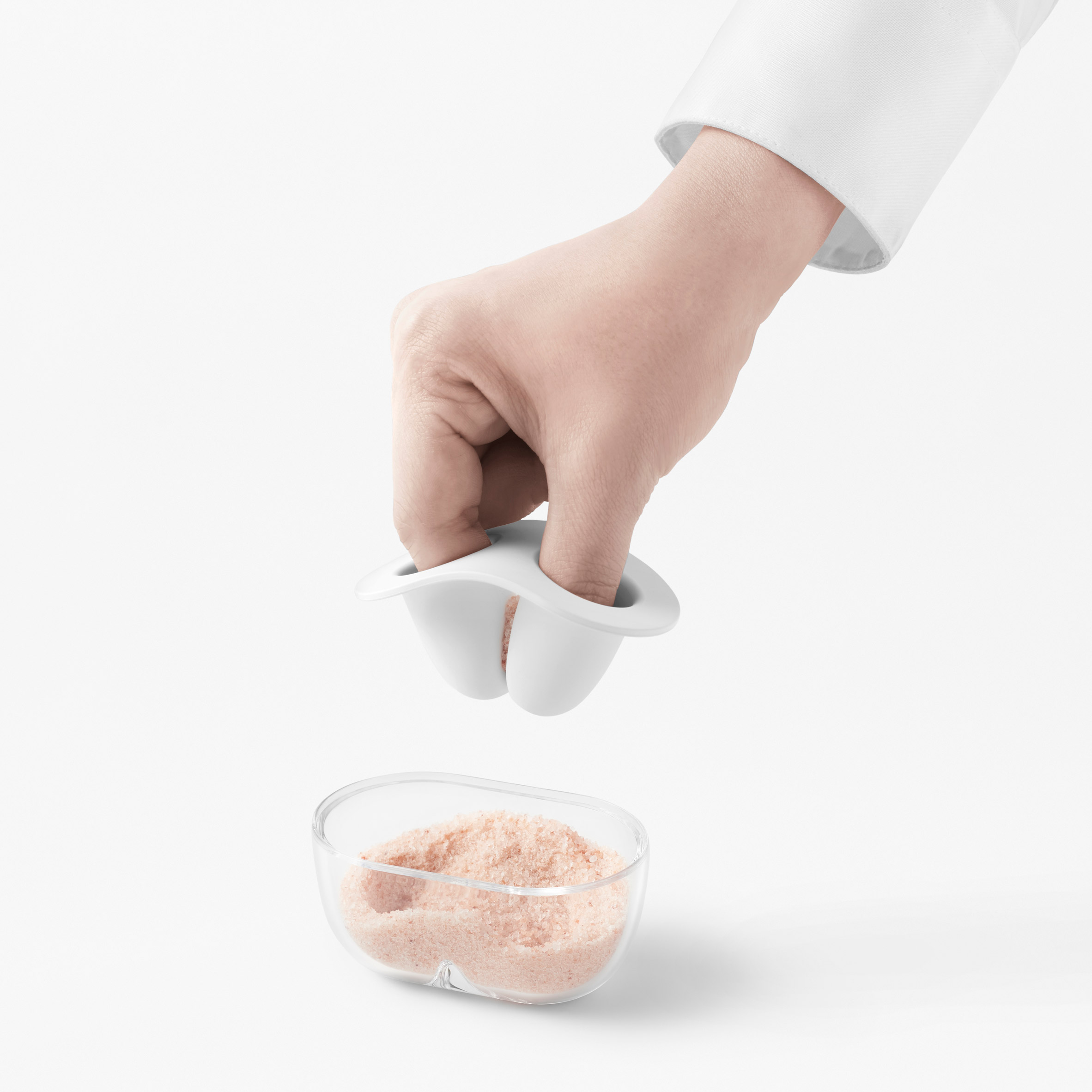 Airtight lids for bottles and tubs were redesigned by Nendo to become tools that correspond to different hand movements. Made from fluoroelastomer, a synthetic rubber used in air conditioners, the lids are silky soft and don't lose their shape over time.

The lids can be used to pinch seasoning out of a pot, press or push liquids out of containers, or function as bottle stoppers that can be pushed back when it's time to pour.

Find out more about Air Lids ›

Heads or Tails is a range of traditional pet accessories with a twist. A collapsable geodesic half dome can be transformed from a cave-like bed to a raised bed for the dog or cat that wants to see the world as they lounge.

The range also includes a food dish and toys that change shape to be used in different ways.

Find out more about Heads or Tails › 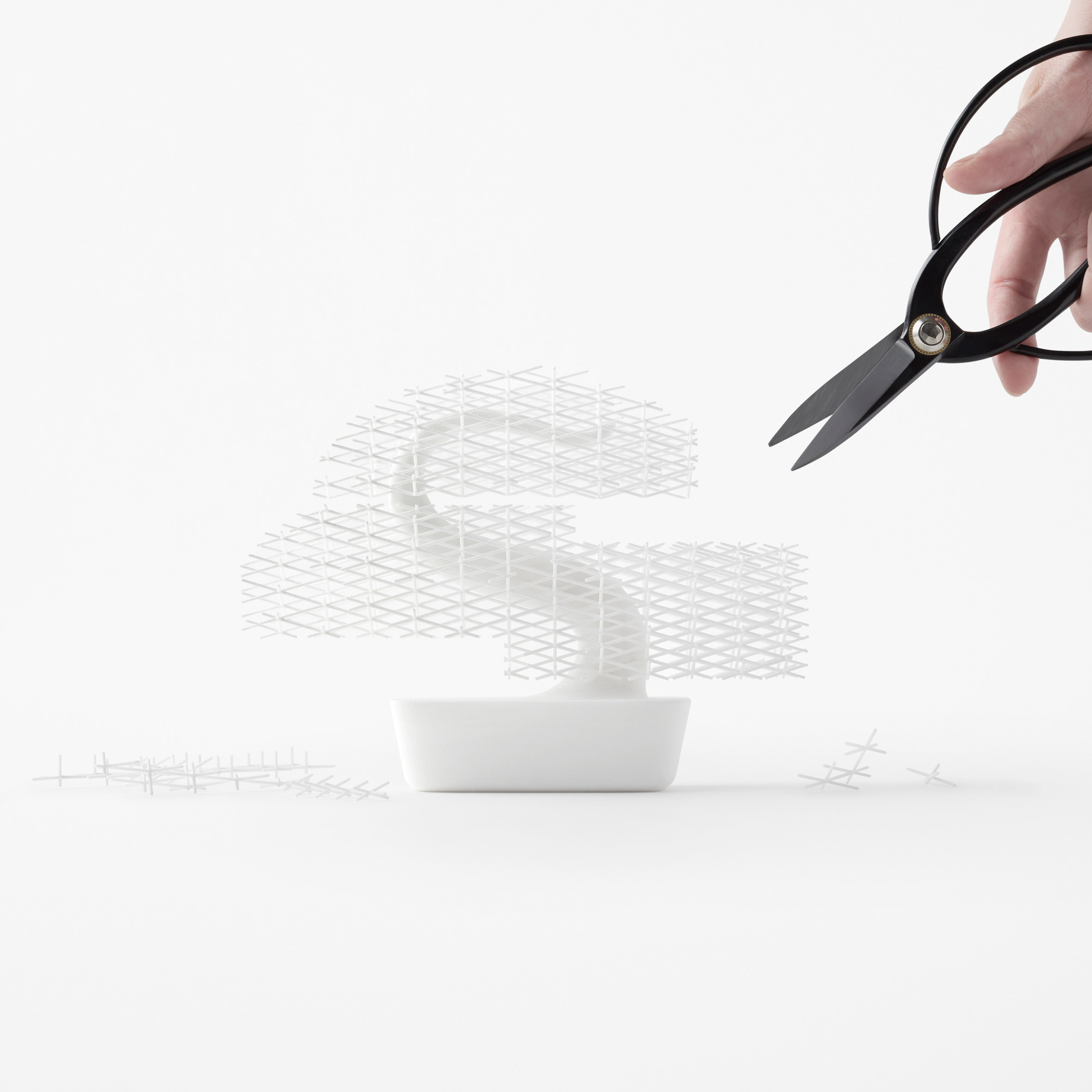 Taking care of a regular bonsai tree can be a long and arduous task involving years of tending and bending. Nendo sped up the process by creating a 3D-printed miniature tree that can be pruned into the desired shape once then left to enjoy.

Find out more about Grid-Bonsai › 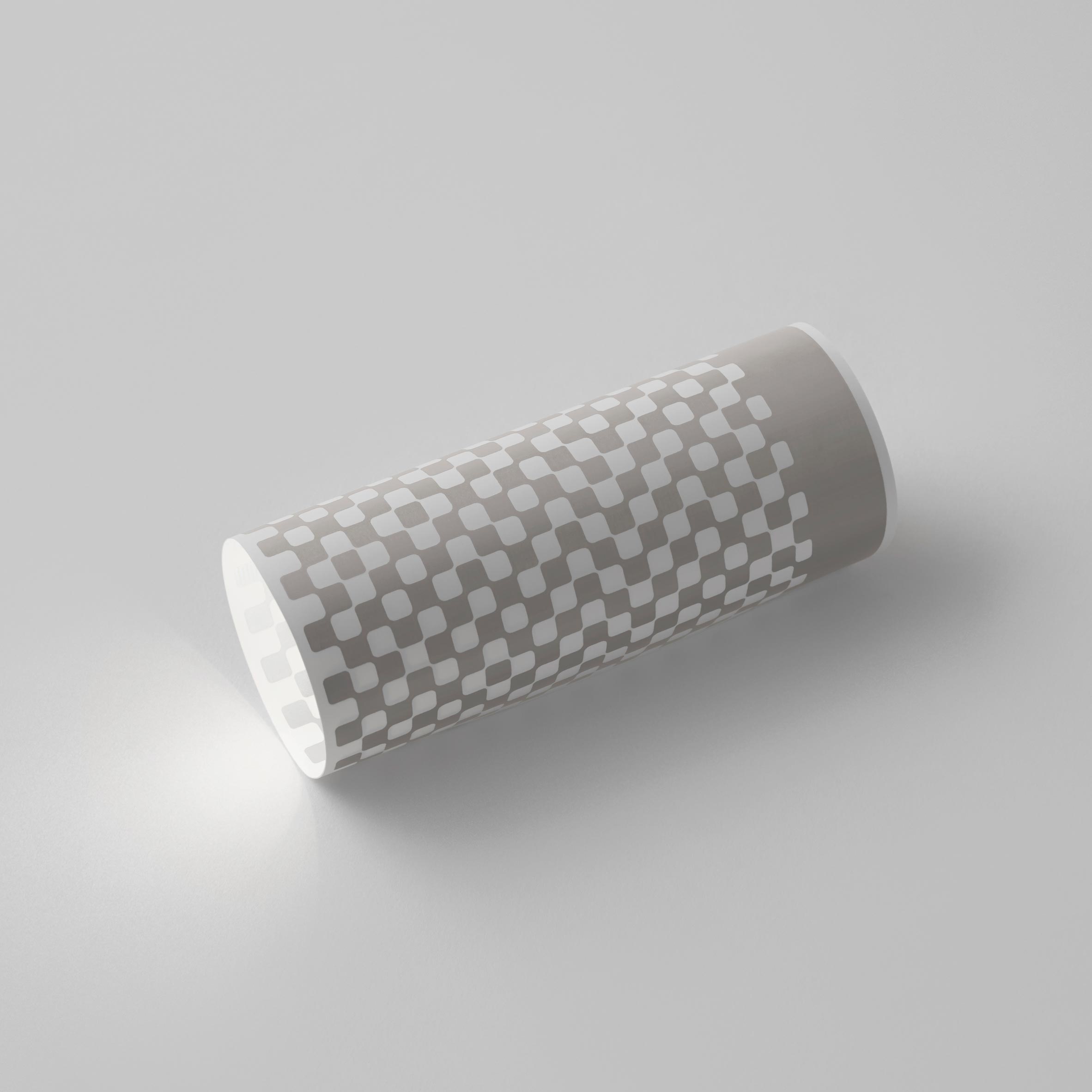 The aptly named Paper Torch is a flat-packed flashlight that is formed from a single piece of paper that can conduct electricity through its inked-on pattern.

Designed for emergency scenarios, the paper can simply be rolled into a tube and the LED lights turned on.

Find out more about Paper Torch › 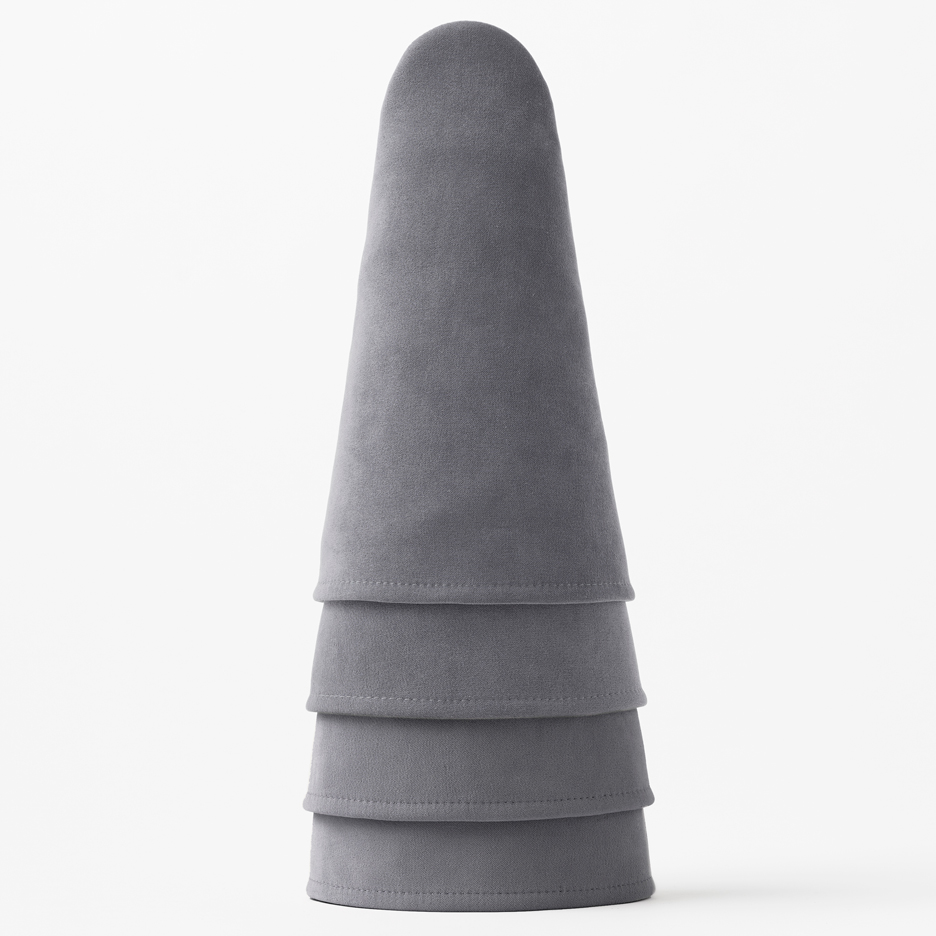 These Nendo-designed slippers are cozy shoes to be worn indoors that can be stacked into a vertical tower when not in use.

Their distinctive tapered shape means they crease at the instep to hold on to the food while being worn, and can be neatly stored away when not in use.

Find out more about Triangle Roomshoes ›

Nendo turned the traditional piggy bank design on its snout for this more subtle take on a money box.

Pale pink bottle-shaped vessels have two discrete slots in the top for coins to drop through, creating the image of a pig's nose.

Find out more about Pyggy Bank › 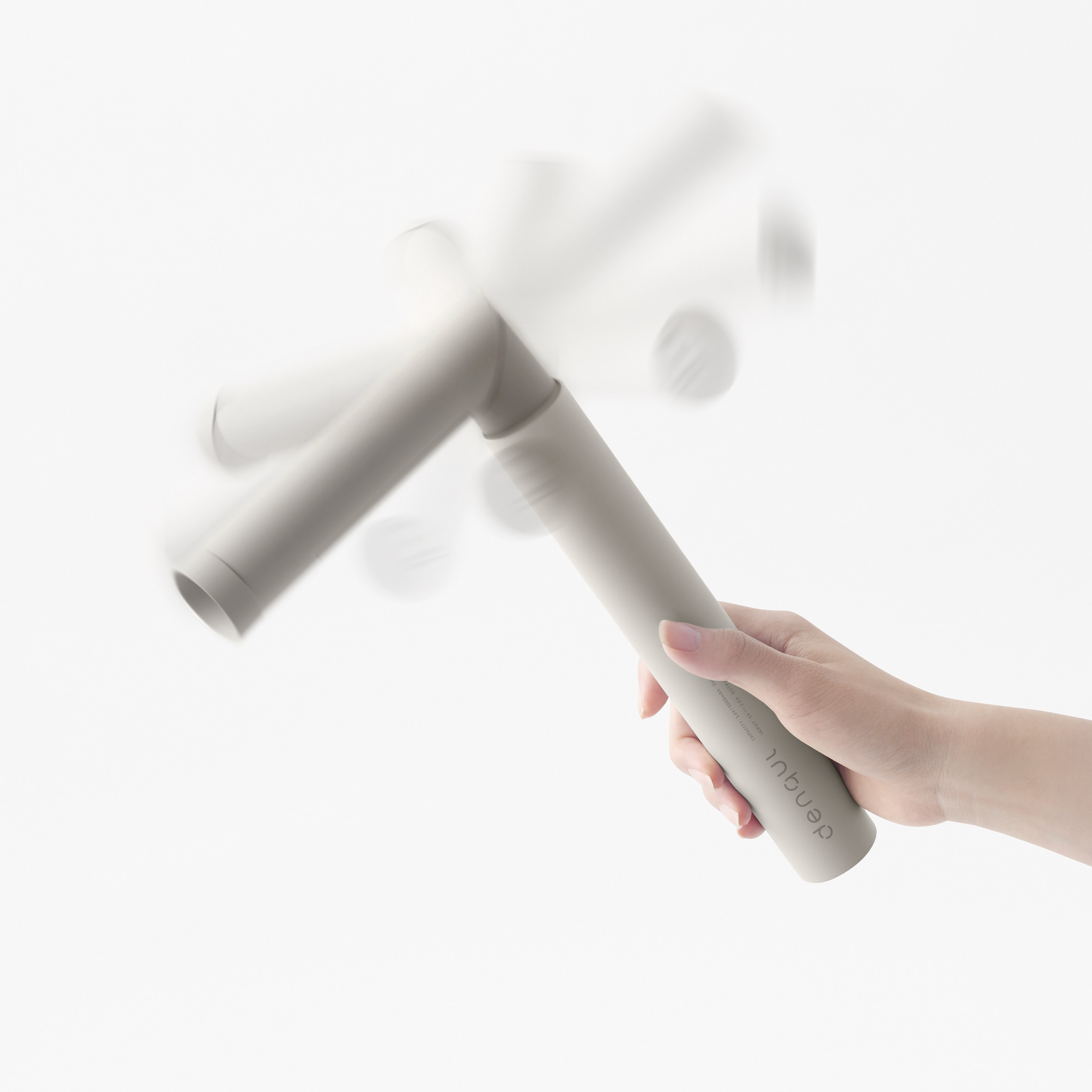 A portable charger for personal electric devices has been turned into a handy kinetic baton.

To generate electricity, the user holds the stick-shaped charger in one hand and extending and twisting it to create a L shape. Swinging the charger round for a few minutes generates power.

Find out more about Denqul › 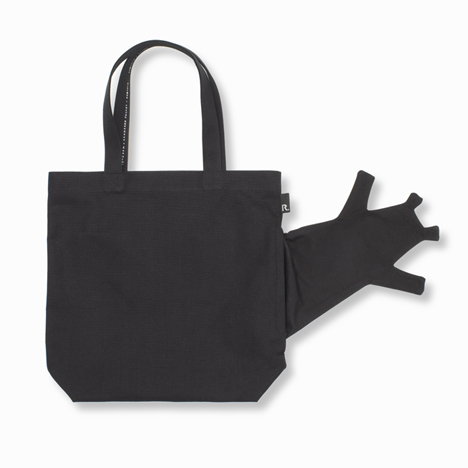 An extendable pocket-style panel in this Nendo version of a standard canvas tote bag can be animated as a hand puppet by putting the wearer's hand inside and wiggling it about.

Called Roopuppet, it is available in the shape of a kangaroo, bear or dinosaur.

Find out more about Roopuppet › 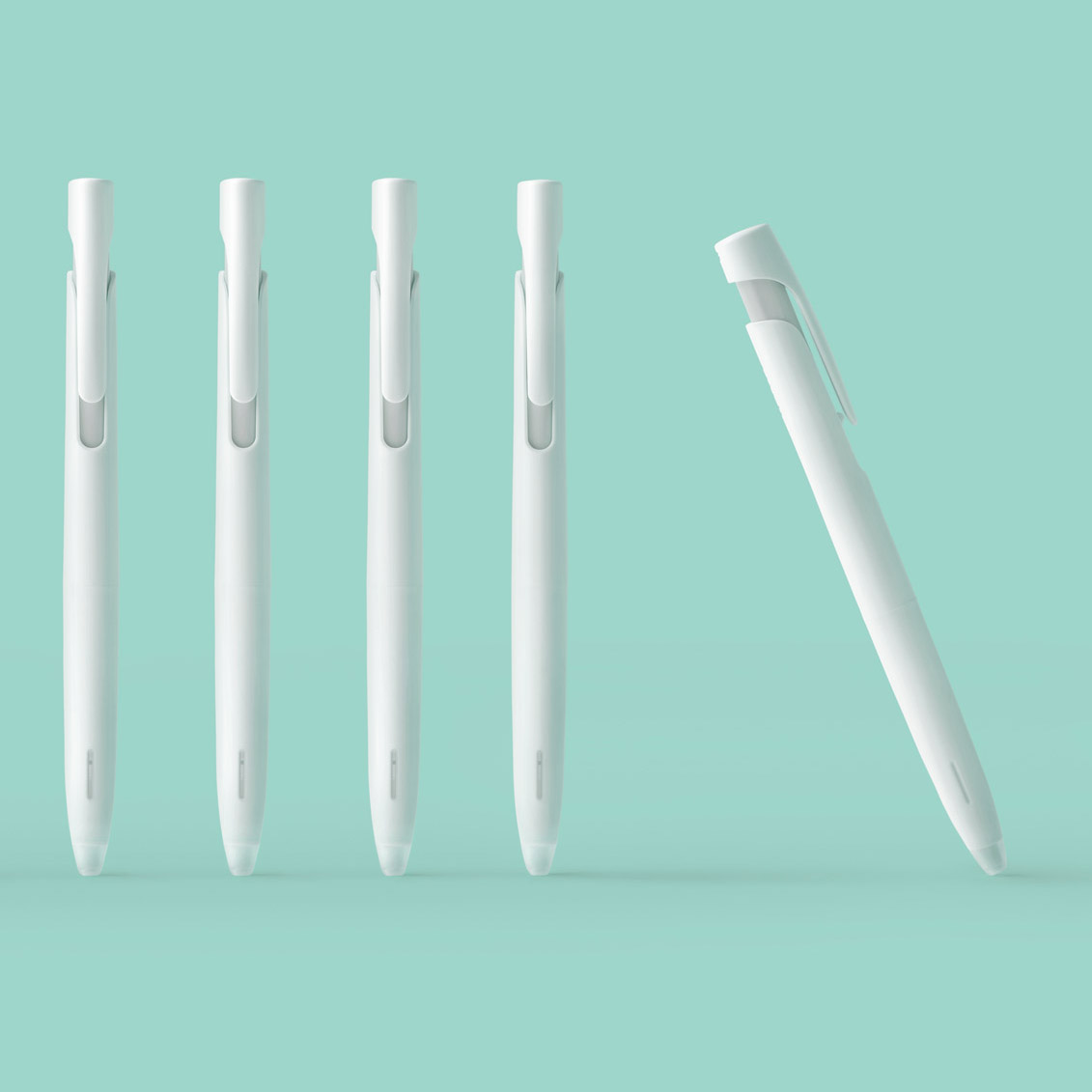 Nendo took a basic ballpoint pen and refined it to so that it is more comfortable to grip and doesn't rattle as much.

A brass weight in the tip lowers its sense of gravity, and an extra spring makes the push-button action smoother.

Find out more about bLen ›