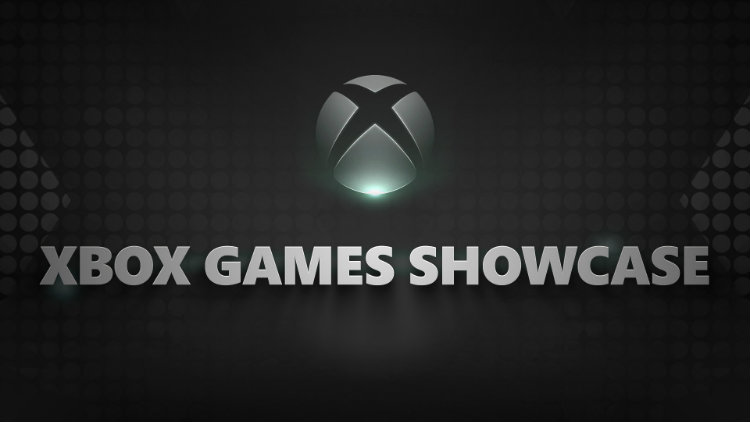 In May, we got a first look at next-gen games for Xbox Series X. The event focused on third party publishers, big and small. Although we saw quite a few games, gamers were wondering where Xbox first party titles like Halo Infinite were. Thus, it wasn’t too long after that Xbox announced a July Xbox Games Showcase event focusing on Xbox Game Studios games.

In all, 10 world premiers, 5 new games made for Xbox Series X from Xbox Game Studios and 22 console launch exclusives were shown. Wow! And, every single game shown today launches on Xbox Game Pass or free to play on day one. That’s incredible! Let’s take a look at some highlights from today’s Xbox Games Showcase!

Xbox Series X’s marquee launch title kicked off today’s Xbox Games ShowCase. We got a first look at Halo Infinite’s campaign. In addition, we learned that gamers will have freedom to explore a Halo ring that is approximately several times larger than the last two Halo games combined! In addition, the reveal was full of new gameplay mechanics, and stunning visuals running at 60 frames per second. Although I could go on and on, I want you to take a look for yourself below and you decide if this will be the killer launch title for Xbox Series X.

It’s been 10 years since the last Fable game in the main series launched. And, Microsoft surprised gamers with the announcement of a brand new game coming to Xbox Series X. The game is touted as a “new beginning” for the longtime franchise and gives gamers a series of choices that will impact their reputation and role in the game’s world.

Avowed is a brand-new epic, first-person, RPG from the developers of The Outer Worlds. It is set in the fantasy world of Eora. In particular, not a whole lot is not known about this epic AAA RPG. There is plenty of swordplay and spellcasting to be had. Take a look at the trailer below to see what Obsidian Entertainment has in store for us.

A brand-new entry in the Forza Motorsport series is coming to Xbox Series X. Early in development, this new game is a reimagining of the series. In its current stage, the game is already up and running at 4K 60 frames per second with ray tracing. The official announcement trailer looked pretty with surfaces of cars reflecting off each other and extremely detailed cars. If any of the previous games in the series are an indication, Forza Motorsport on Xbox Series X is going to be a mind-blowing experience.

From the makers of SteamWorld comes a brand-new and unique game. The game is about two friends who run a small scavenging outfit together. They travel from one space rock to the next in search of resources that can harvest and sell.

One day, the two friends land on a planet that looks dead. However, it turns out to be unlike any other they’ve set foot on. A slimy parasite, or gunk, covers vast areas and seems to corrupt nature and wildlife. It’s clear that the two must fight this gunk to understand what’s happened and to save the dying planet.

During the Xbox Games Showcase we got updates on several highly anticipated games including CrossfireX, Destiny 2: Beyond Light, Grounded, The Medium, Psychonauts 2. However, two games really caught my eye.

The first is Rare’s upcoming brand-new game called Everwild. You play as an Eternal as you explore and build bonds with the world around you. The game promises unique and unforgettable experiences. As you can see from the trailer below, the game is absolutely gorgeous and I can’t wait to find out more about it in the upcoming months.

The second game that caught my eye was Dontnod Entertainment’s Tell Me Why. As a big fan of the Life is Strange company, Tell Me Why is a brand-new narrative adventure that is split into three chapters. Coming to both Xbox One and Xbox Series X, the first chapter in the game is slated to launch August 27, followed by the second chapter on September 3, and the final chapter September 10.

The game is about two twins, Alyson and Tyler Ronan, who reunite for the first time in ten years after their mother’s death. Upon returning to their childhood home in rural Alaska, the Ronans realize that their shared past may not be as they remember it.

Prior to the Xbox Games Showcase, several new games were revealed including Square Enix’s 3D action-platforming game Balan Wonderworld and Echo Generation by Toronto’s own Cococucumber. First, Balan Wonderworld comes to us from the developers of Sonic the Hedgehog and is currently scheduled to release in Spring of 2021.

Entering a whimsical and bizarre land through a mysterious theatre, players take on the role of Leo and Emma as they embark on an adventure like no other. Led by an enigmatic maestro named Balan, they must navigate through Wonderworld to restore happiness and balance the hearts and minds of all they encounter.

Second, Echo Generation is a turn-based adventure game that instantly gave me Earthbound vibes. It takes place in the early 90s in a small town in Canada. And, it is about a gang of kids who investigate supernatural events while battling monsters and mechs. From the maple leaf on the back of your jacket to the use of a hockey stick to smash your opponents, there are many Canadianisms in the game. Echo Generation is slated for a 2021 release.

We also learned today that many of our current favourite Xbox Game Studios games will be getting optimized for Xbox Series X. Consequently, these upgraded versions will be available through Smart Delivery and Xbox Game Pass. For example, titles getting optimized for Xbox Series X include Forza Horizon 4, Gears 5, Gears Tactics, Sea of Thieves, and Ori and the Will of the Wisps.

In particular, Ori and the Will of the Wisps will see a massive upgrade on Xbox Series X. In other words, the game will run at 120 frames per second in beautiful 4K HDR. For more details check out the video below and prepare to be truly amazed!