In the world of gaming, many female characters are often portrayed with a particular body type — delicate features, narrow waist, hourglass figure, etc. According to Polygon, that design, when paired with scantily clad clothing, makes those characters “desirable to men” even when circumstances or the storylines in-game don’t lend themselves to a need for sex appeal — think hand to hand combat, war, and difficult journeys on low resources.

The Last of Us 2, the sequel to Naughty Dog and Sony Interactive Entertainment’s game of survival in a post apocalyptic United States from 2013, breaks that mold with the design of new protagonist Abby; a square jawed, muscular mercenary.

Eric Lempel, Senior Vice President of PlayStation Worldwide Marketing said in a blog post on June 26th that The Last Of Us Part 2 is Playstation 4’s (PS4) fastest-selling first-party exclusive ever. 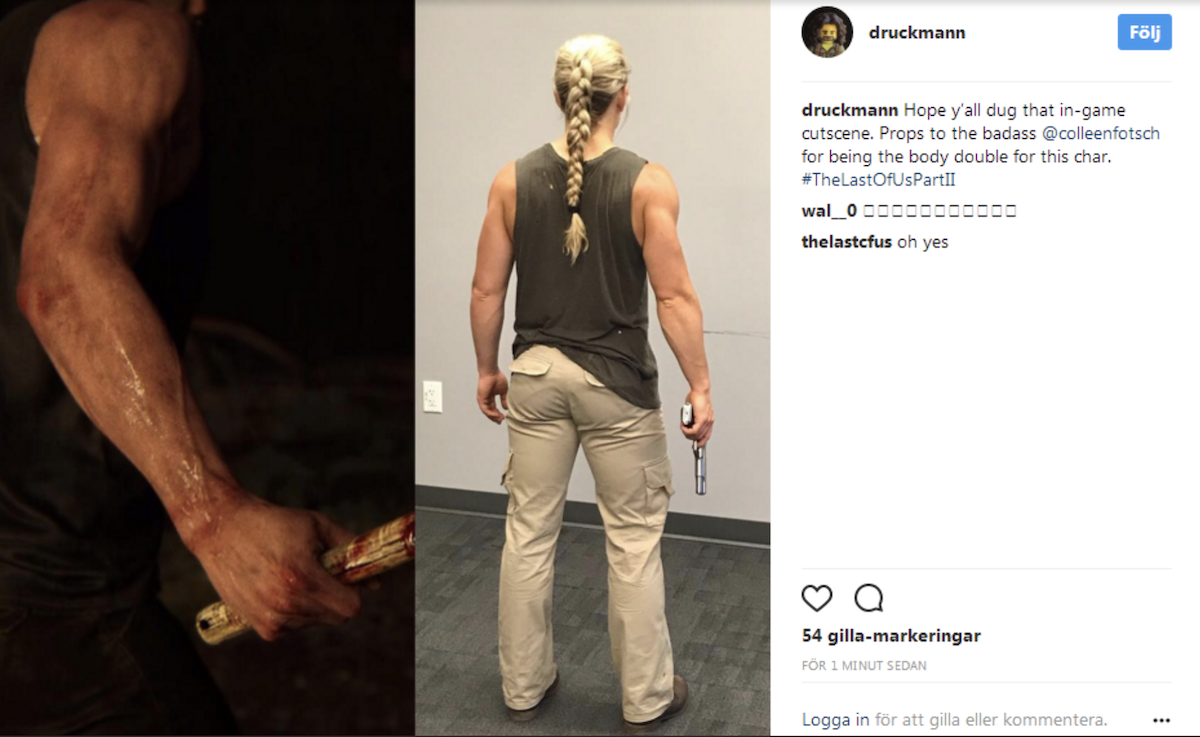 Although the original post is no longer available, the game’s director Neil Druckmann shared a post on his Instagram page of Fotsch modeling for Abby after the trailer was released in 2017.

You can see some side by side comparisons of the models (both face and body) used in Abby’s design as well as some in-game footage from Unparallel Gaming’s YouTube channel:

Fotsch has competed in the 2018 Reebok CrossFit Games in the Teams Division as a member of team NorCal CrossFit Redwood City and placed 4th overall.

In 2019, she made her Individual debut with a 33rd place finish in the Open and a managed to secure a 27th place finish overall at the 2019 Games.

We look forward to future games following the example that Fotsch and The Last of Us 2 have set.

The post “The Last of Us 2” Lead Character’s Body Modeled After Colleen Fotsch appeared first on BarBend.