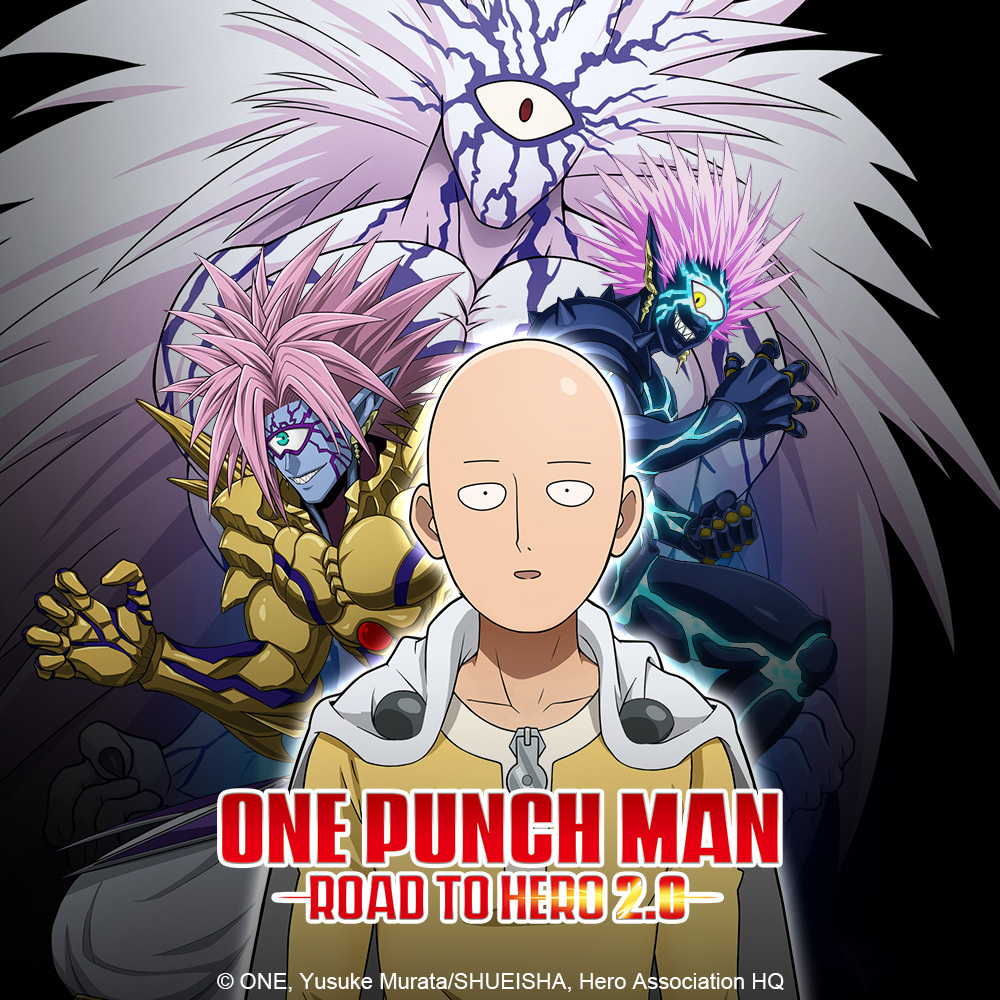 It’s hard to tell if Dr. Genus likes video games, but he sure likes evolution! Well, Road to Hero definitely evolved, and although a lot of things have stayed the same, there have definitely been significant changes to how it all looks and feels. For instance, all menus and story chapters have been revamped, making the game more appealing and user-friendly. If you're new to it, let's say Road to Hero is basically a gacha mobile game, with RPG elements and an idle combat system. That means you'll be collecting hero cards, grinding for equipment (each character has 4 equipment slots), and making them—or their gear—stronger by spending EXP, Strenght Crystals, or in-game money, but all battles are mostly automatic and so, understanding how to pre-set a team is more valuable than play-by-play strategy. This time, however, the story is presented in a way that better suits the flow of the game, so even if it's not as interactive as other mobile games, at least that makes you want to actually keep playing.

The City Is Where the Fun Is 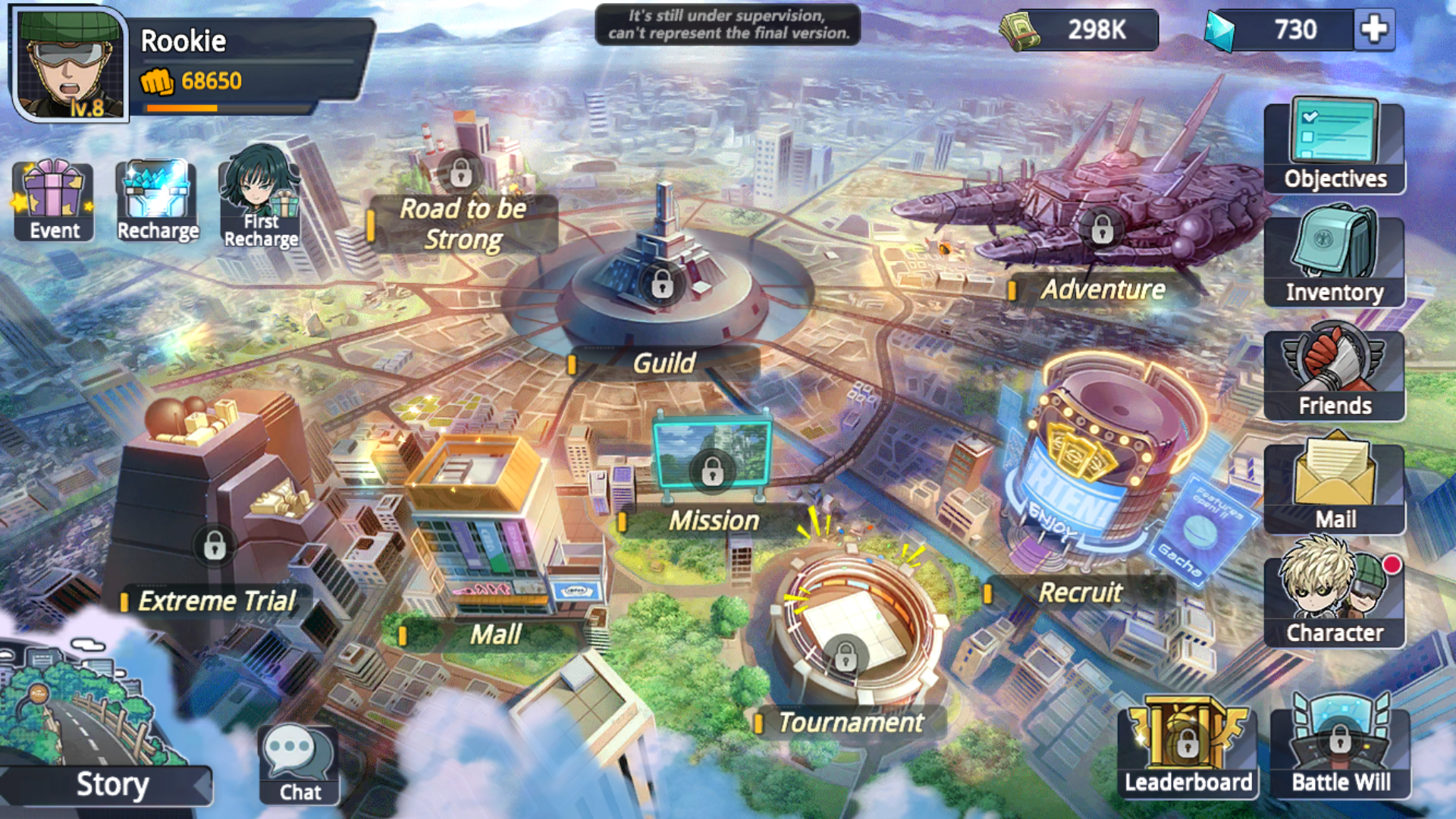 Once you play a few rounds, you'll be able to visit the city, the place where all the other game modes are. Sadly, you need to reach certain points of the main story before being able to try these, but doing so will only take you a few hours, and it's certainly worth the effort. For example, once you hit chapter 2-4, you can start your Road to be Strong, a series of battles that ends with a boss and grants you several rewards after each fight. Extreme Trial, Mission, Adventure, and Tournaments are other unlockable game modes, as well as the Guild feature once you get to 2-20. As you can see, there's plenty to do in this new version of Road to Hero, but you can just play it to collect every single available card. Right now, there are 52 characters, both heroes and villains, and with a 4.6% chance of getting an Elite one, pulling a good unit is not as hard as in other games. All in all, the gacha system and the fights are pretty much the same in both iterations, but there's one significant difference, though...

Wait. What’s a One Punch Game Without Saitama? 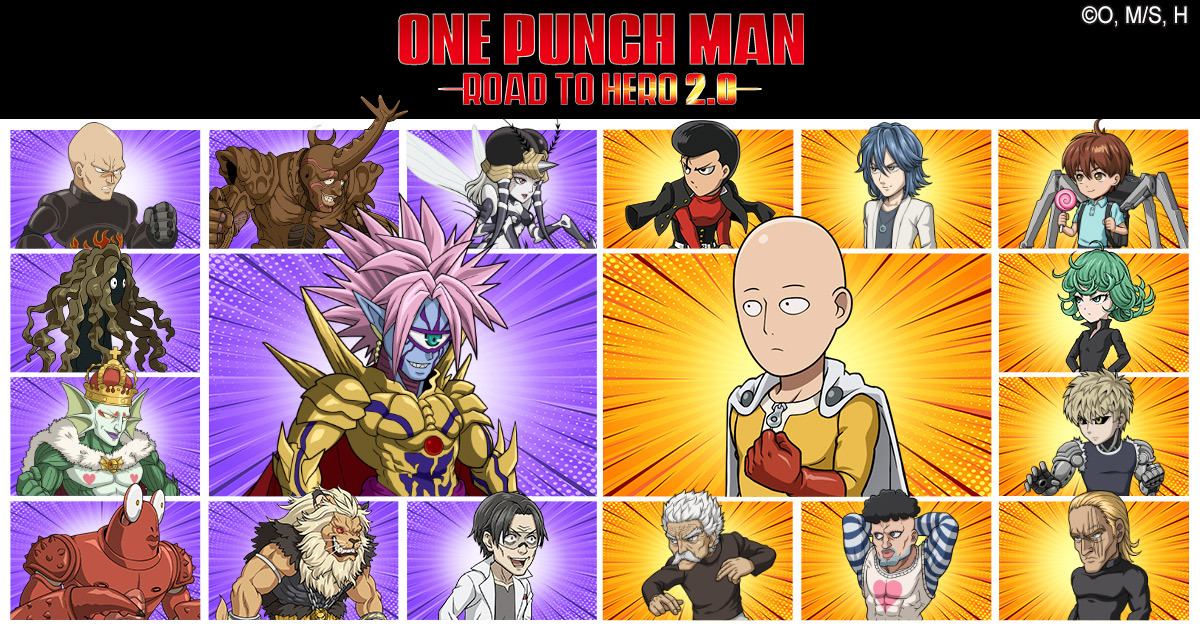 Although the titular character was indeed playable in the first version, Saitama, aka One Punch Man, is not available in Road to Hero 2.0. Or at least, not yet. As soon as you launch the game, you'll see him running around punching enemies and collecting items for you, but other than appearing in some cutscenes, that's all he does. You see, while you're busy playing or just going about your life, Saitama and Genos will be patrolling the city. Thanks to it, you'll be rewarded player EXP, character EXP, in-game money, and other helpful stuff, so as long as you log-in every now and then, you will be making some progress regardless of your playtime or skills. While Genos will most certainly be your first Elite unit, for obvious reasons, Saitama is not an obtainable character, but maybe he can be implemented later on, once they figure out how to include such a broken character without messing up the whole game? If you want raw power, however, you can pray to the alien gods and aim for Boros, the only No Type card in the game!

One Punch Man: Road to Hero 2.0 is far from being perfect, and given it combines gacha pulls with idle combat, we know some people will simply ignore it. Still, we're happy to see Oasis Games keeps improving it, not only because it's an engaging F2P game but also because of the One Punch Man license. After all, who doesn't want a successful OPM game?! Maybe we can get even more characters and events soon, like Garou from One Punch Season 2? We're so looking forward to that!