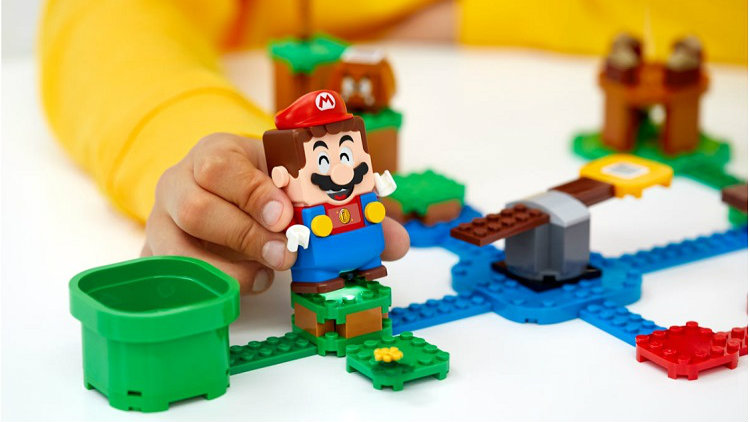 LEGO Super Mario is coming to Best Buy August 1, 2020! And, I’ve got all the details on this amazing and innovative new product line that brings Super Mario to life in the world of LEGO bricks. I’ve got a lot to tell you about so lets start! First, let’s take a look at the LEGO Super Mario Starter Course and the interactive LEGO Mario figure.

Back in April, the LEGO Group and Nintendo announced the LEGO Super Mario Starter Course and the first of a range of LEGO Super Mario Expansion Sets. Slated to release August 1, 2020, this brand new LEGO Super Mario product line features a fully interactive LEGO Mario figure, which you can use to collect coins in game levels created with LEGO bricks.

What makes LEGO Mario unique are his LCD screens in his eyes, mouth and belly. These allow LEGO Mario to instantly react to a wide variety of movement, colour and action bricks. Moreover, LEGO Mario comes equipped with a speaker that plays iconic Mario sounds and music from the series. 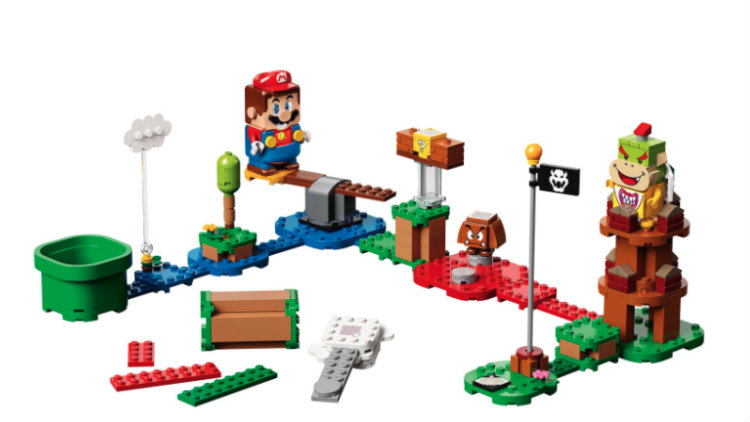 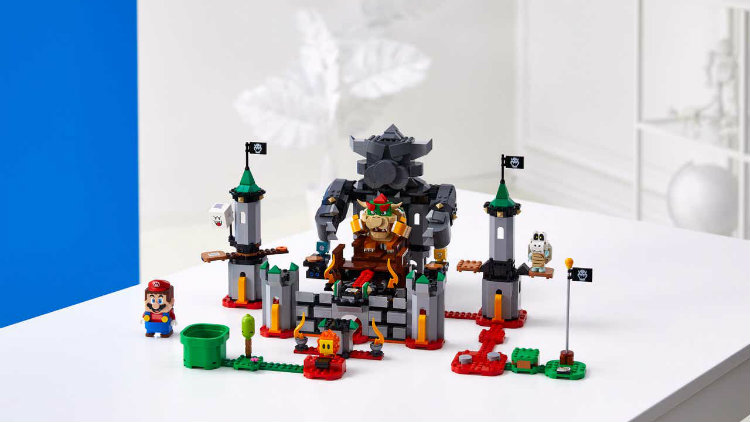 Then, in late May, the LEGO Group and Nintendo revealed four new LEGO Super Mario Power-Up Packs available August 1, 2020. Essentially these are different outfits that you slip your LEGO Mario character into. Additionally, each outfit unlocks new features and coin-collecting skills that allow you to play in new ways and customize your levels.

The Fire Mario Power-Up Pack gives LEGO Mario a Fire Attack power, which allows him to attack enemies in a new way and collect extra coins! 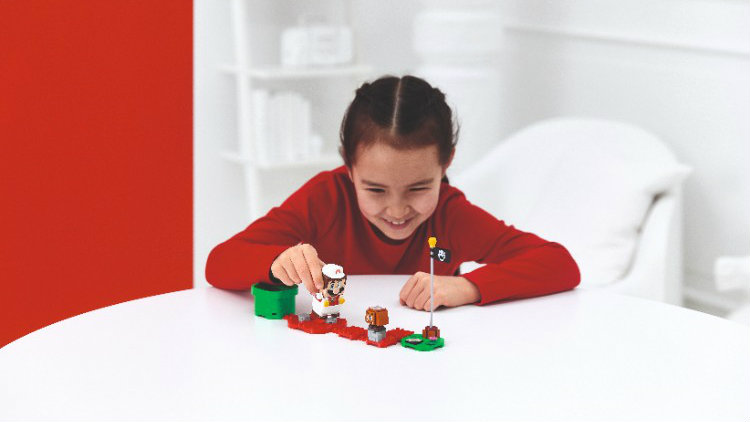 The Propeller Mario Power-Up Pack allows LEGO Mario to dawn the propeller suit and take to the skies. Propeller sounds fill the room as you make LEGO Mario fly around the room to try and win coins. 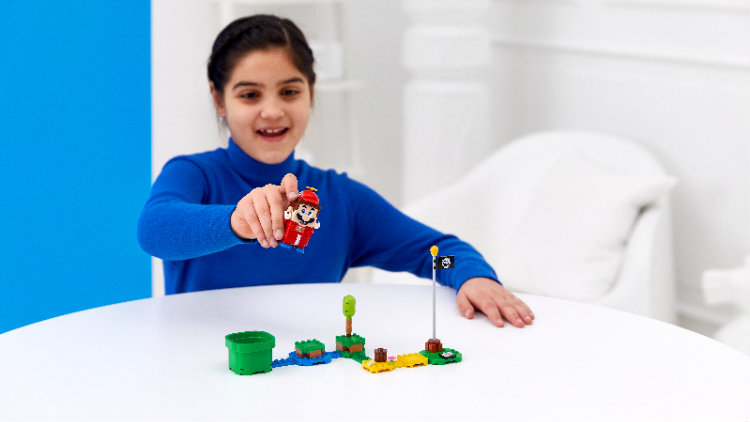 The Cat Mario Power-Up Pack is my favourite Power-Up Pack that has been announced. LEGO Mario wears special pants and a cap that give him cat-like skills. He will start to meow and purr while his special power is to walk up vertical obstacles and collect coins. 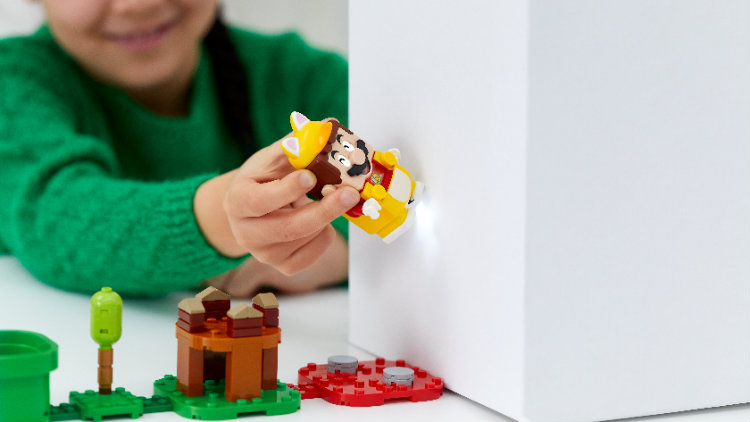 The fourth and final Power-Up Pack announced is the Builder Mario suit. By dressing LEGO Mario with this suit, you can stomp hard on LEGO bricks in the courses you have created to earn digital coins. The more LEGO Mario stomps, the more coins you earn. 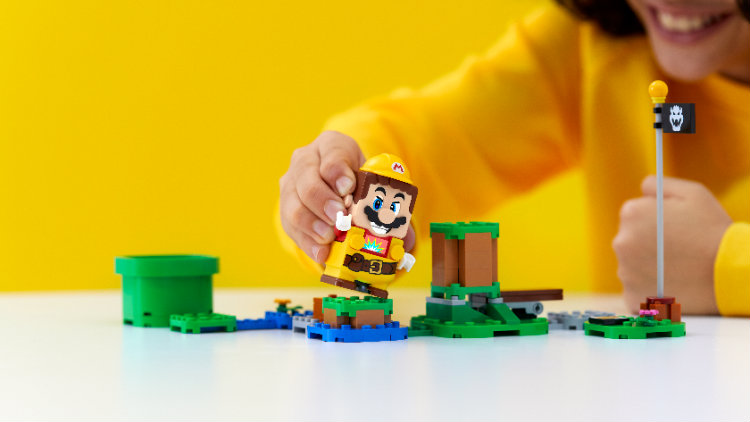 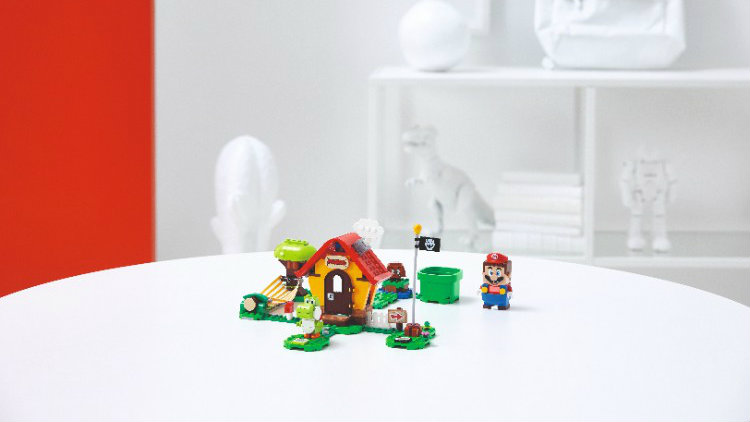 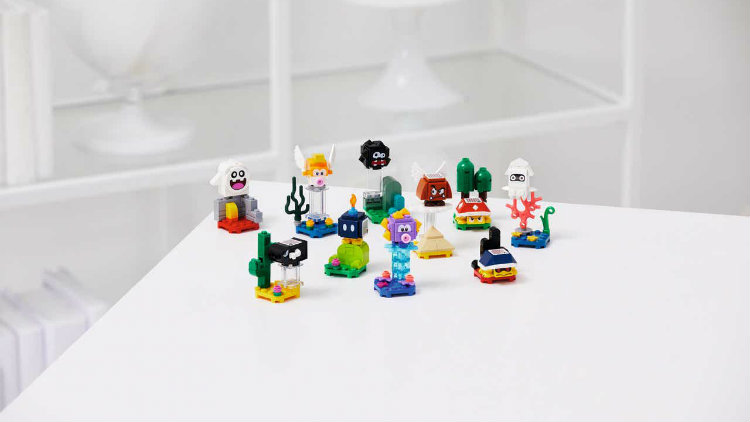 LEGO Super Mario is coming to Best Buy in August

The wait is almost over, LEGO Super Mario is coming to Best Buy August 1, 2020. And, I couldn’t be more excited for it! Both my son and I have already begun making our want lists. There are so many LEGO Super Mario Expansion Sets, Character Sets, and Power-Up Packs that we want, it’s hard to make up our minds.

Let me know in the comments section below what LEGO Super Mario items are on your want list.