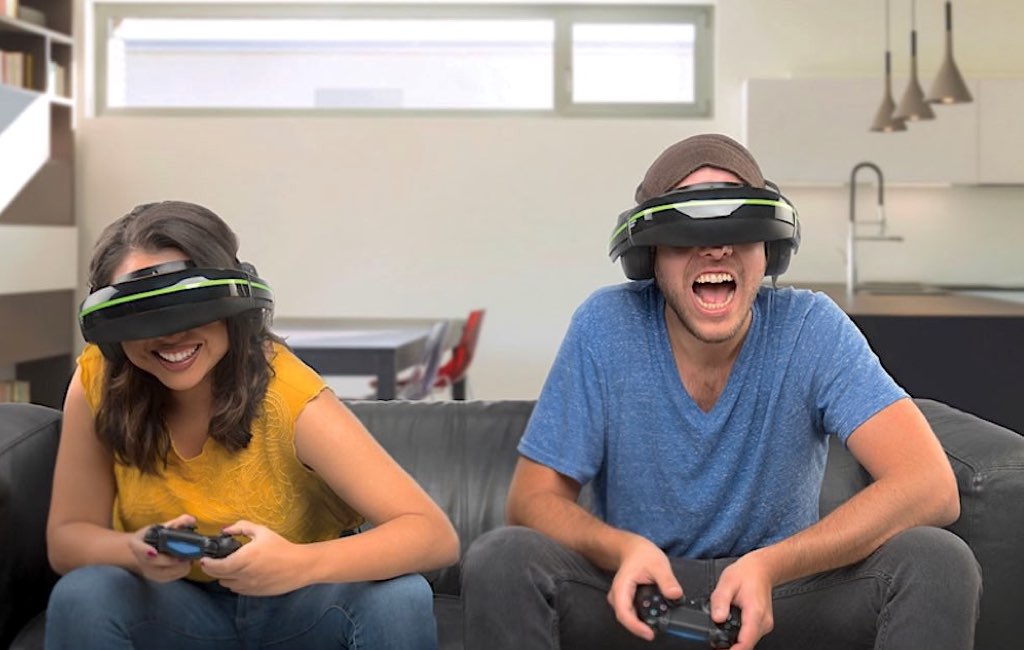 Virtual reality is for everyone! That is the theme of today’s blog. If you’ve been thinking of getting your own Virtual Reality Headset but haven’t quite been sure where exactly to begin (or what type of set you might need), today I offer some help by exploring a few specific models of the 2 main VR headset types: Mobile and Tethered (PC/Console). By the end of this article you should have a pretty good idea of what to expect from each type of headset, as well as which specific model might be right for you. Read on!

The first major category of VR headsets that I want to consider—and by far the biggest group, is that of Mobile VR Headsets.

Mobile VR headsets are not connected by wires to other devices like PCs and gaming consoles, making them easy to bring with you when traveling. They also give you plenty of freedom to move about as you play games and enjoy VR content. Though these sets may lack some of the bells and whistles of more complex and expensive headsets, they still offer a ton of fun features and great content, and they also offer simplicity and convenience to users that don’t necessarily require a lot of high end features and premium materials to enjoy VR content like interactive games, exciting experiences, and 360 degree videos. 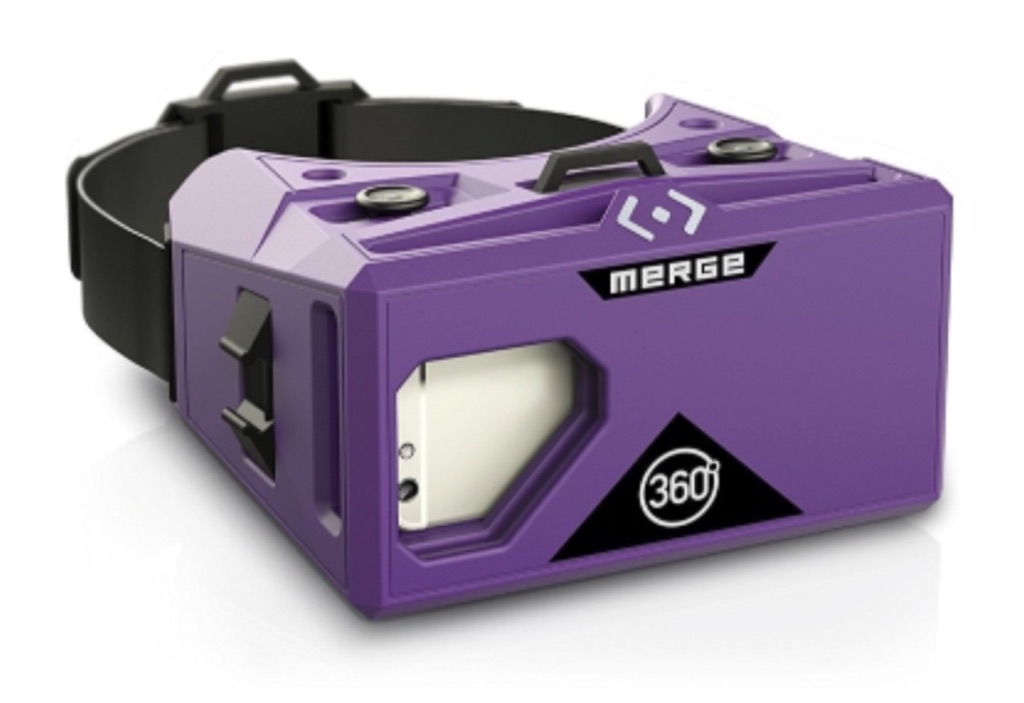 Sets in the mobile category include both very basic VR headsets (like the Merge VR – Virtual Reality Headset, shown above, and the NOON VR Pro) and those that are higher end without being overly complex or expensive (such as the Oculus Go 64GB VR Headset). While entry level sets like the Merge VR and NOON VR Pro models work with your existing iOS or Android based smart phone—using its screen to display content, there are also mobile sets like the popular Oculus Go that are more of the standalone variety (as in having such technology as their own internal viewing screens built right in).

Other benefits of the Oculus Go, which I reviewed a few months back and really enjoyed, include a handheld controller for playing games and making menu selections (I particularly enjoyed using it for shooting zombies!), a lightweight design that’s comfortable enough for extended wear, built-in audio, and 64GB of internal storage space for downloading games and movies into your account (there’s also a 32GB version of the Oculus Go). 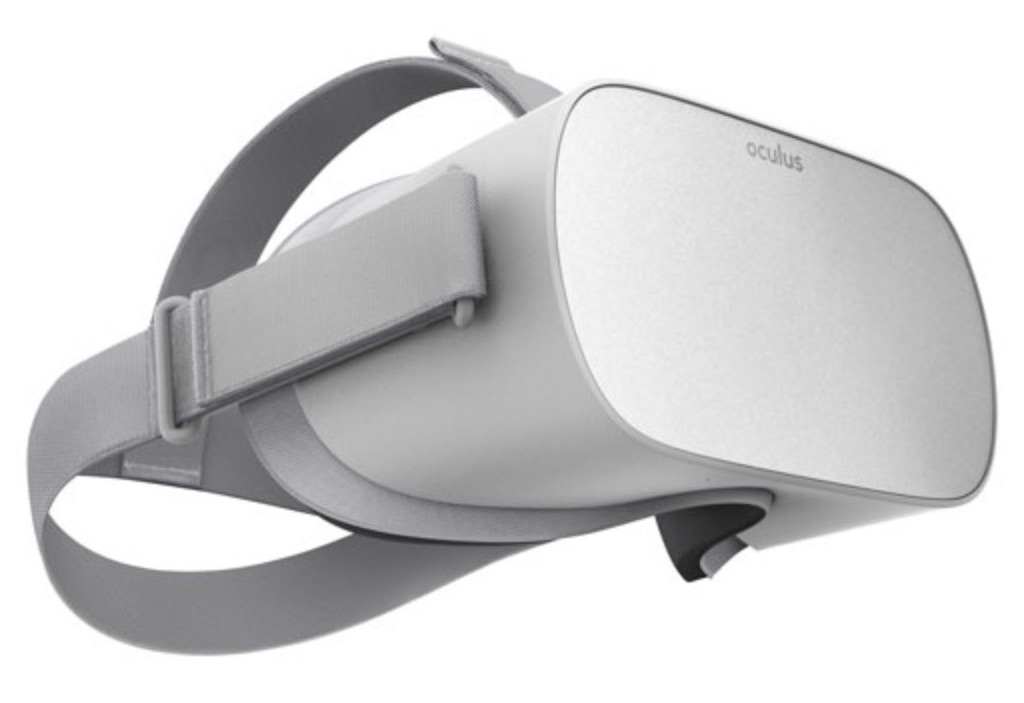 The Oculus Go also provides users with a vast library of movies, 360 degree videos, games, and experiences, though much of this content requires users to pay to use it. However, you can watch your own Netflix account right in the headset at no additional cost beyond your existing Netflix membership fee, and you even have the ability to watch VR content with friends from around the world. Of course, wireless portability is the key feature that lands both versions of the Oculus Go in the mobile VR headset category. 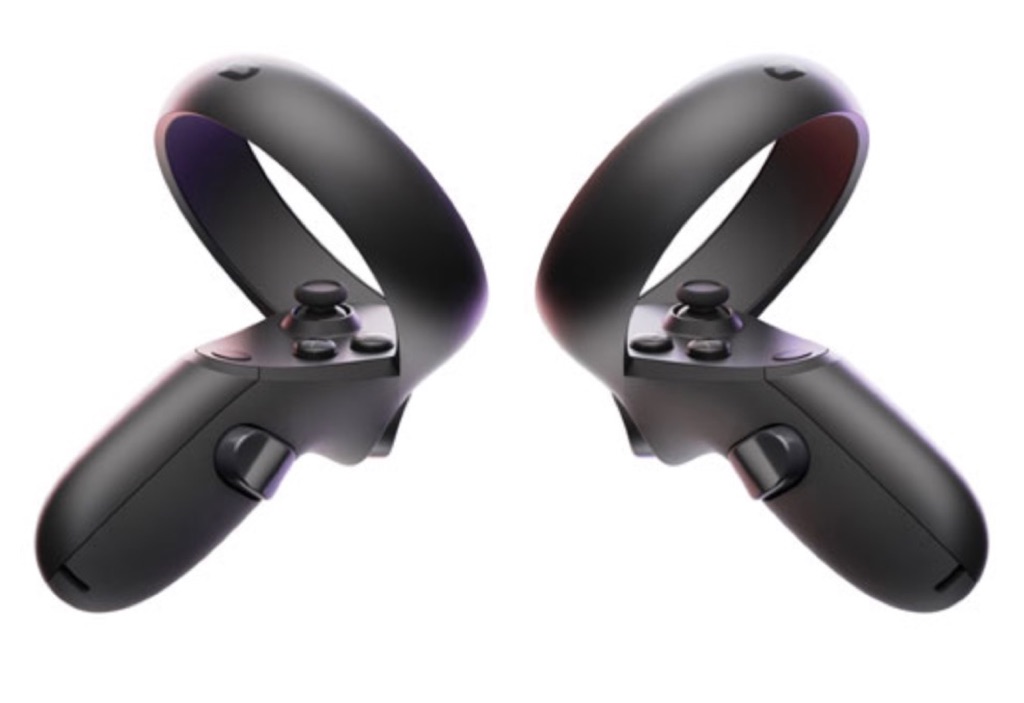 While many VR headsets at the level of the Oculus Go don’t include handheld controllers, both versions of the Oculus Go do—as do the excellent Oculus Quest 64GB VR Headset and its 128GB brother (both of which actually have a pair of handheld controllers, shown above). As such, any of these fine VR headsets are a great option for those wishing to dip a toe into the world of virtual reality for the very first time without going all-in on expense.

If you want to get into virtual reality in a really big way—with super high end components and all the latest and best features, then Tethered VR Headsets is the right category for you. 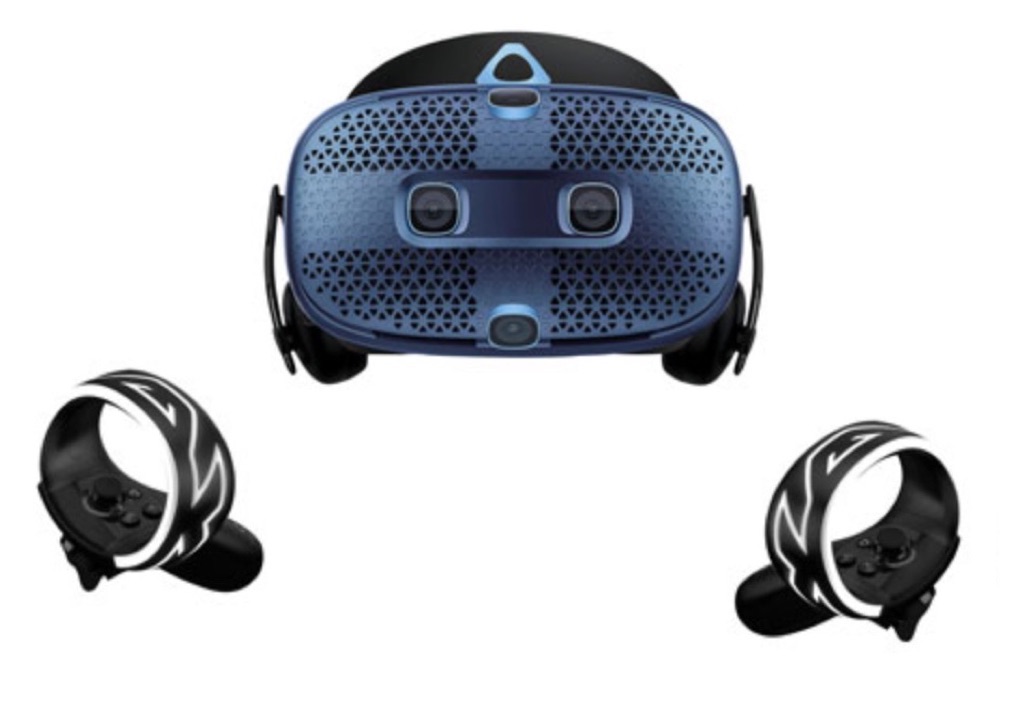 Features of the latter include 6 tracking cameras, a combined-resolution of 2880 x 1700, a 90Hz refresh rate, a wide-tracking field-of-view, a dial for adjusting the interpupillary distance of the visor, and 12 months of VIVEPORT Infinity (featuring over 700 VR games and apps and unlimited play). The headset itself features a comfortable and lightweight flip-up design, while the VIVE Reality System provides users with “a deeply immersive experience” that’s both user friendly and incredibly fun to use for all types of content. 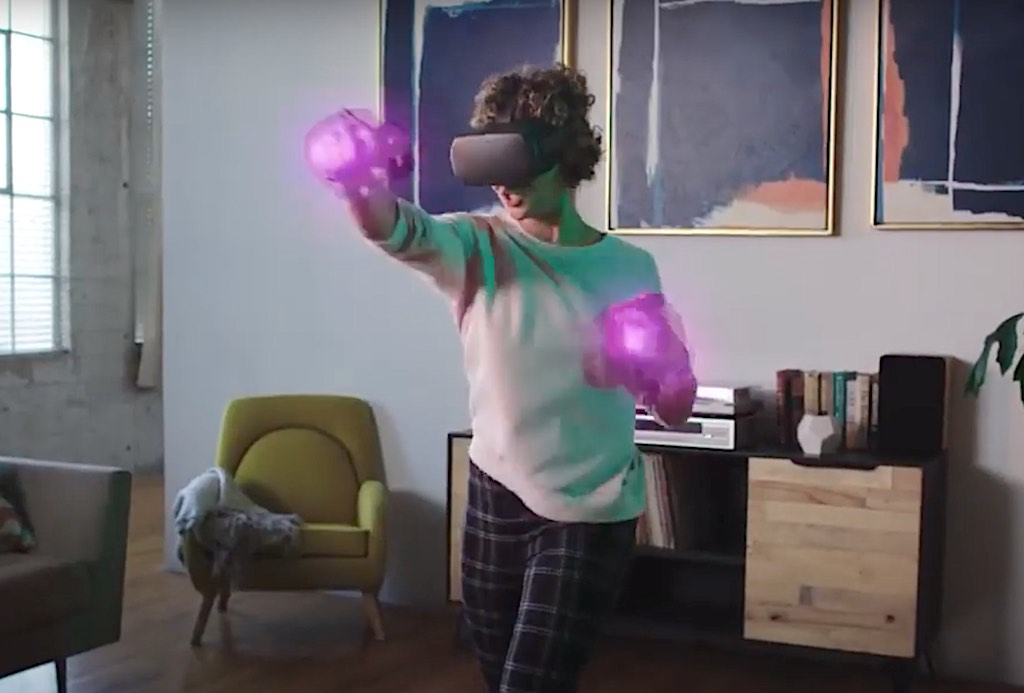 One thing to be aware of with VR sets in this realm is that you must ensure that your PC meets the minimum requirements of the set. Some sets may also offer Mixed Reality (MR) technology, which is a hybrid blend of both virtual and augmented reality.

MR allows users to interact with games and apps while moving about freely in your home environment. This works using built-in sensors (within the headset) that provide ‘inside-out’ tracking in 6 different positions (known as 6 Degrees of Freedom, or 6DoF). These positions include forward/backwards, left/right, up/down, pitch, yaw, and roll. Together these allow users to move about at will as they play or interact with MR content. Essentially, you won’t be limited or restricted by external sensors placed on your walls or floors.

This level of technology is something you can only really expect to find at the premium/tethered level of VR headsets, though different VR sets will offer slightly different features and specs. To ensure a happy selection, be sure to read all of the details of any model you’re considering before making a final decision. Even so, to ensure you make the most of all your VR experiences, tethered headsets are definitely the way to go! 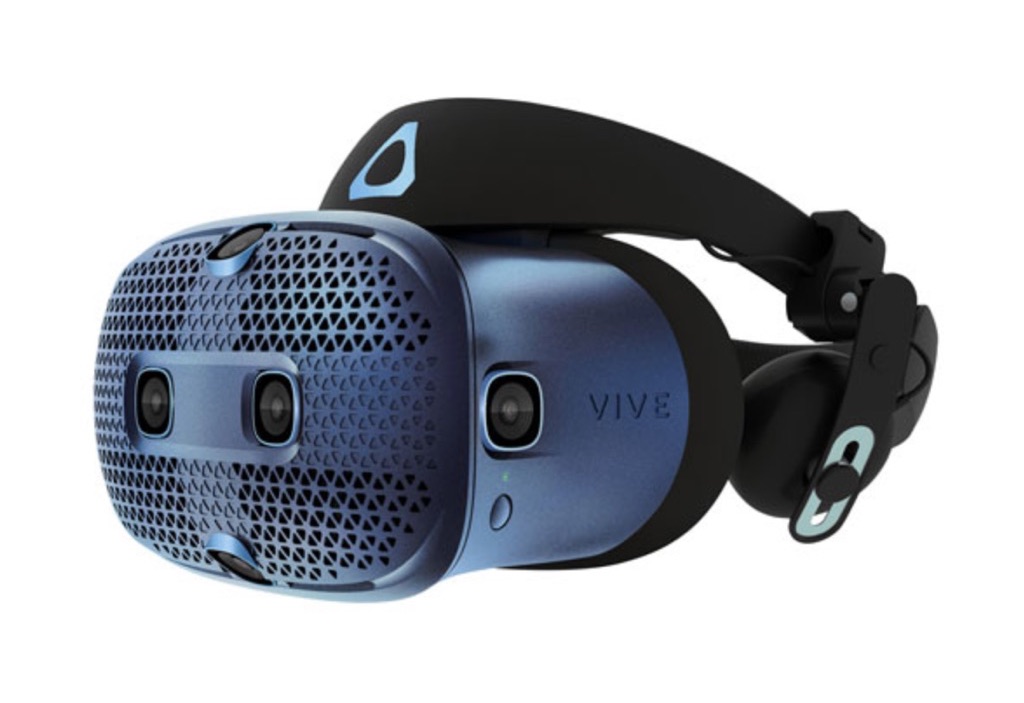 By now you should have a pretty good idea which classification of VR Headsets is right for you. If so, it may be time to begin the process of selecting your own ideal set. Having previously tested an Oculus Go myself, I can certainly speak to the quality of this particular model—but only this model (and only the 64GB version). I would love to be able to tell you what one of the premium tethered sets is like from personal experience, but all I can go by in the case of these models is their listed features and specs. They certainly do sound great!

The post How to choose a Virtual Reality (VR) Headset appeared first on Best Buy Blog.