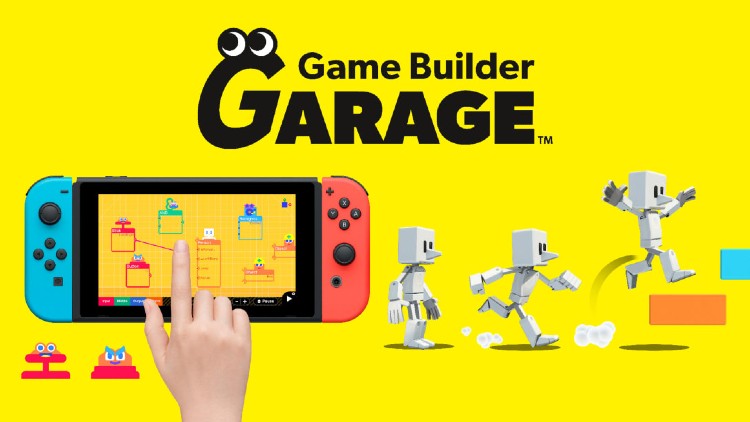 Recently, Nintendo announced Game Builder Garage, a brand new game that is designed to teach you the fundamentals of video game design. Ahead of the game’s launch on June 11, I was given the opportunity for a virtual first-look including a preview of the game with representatives from Nintendo.

Come with me as I share what I learned during this virtual event. 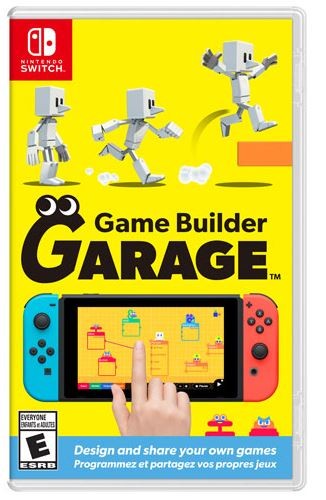 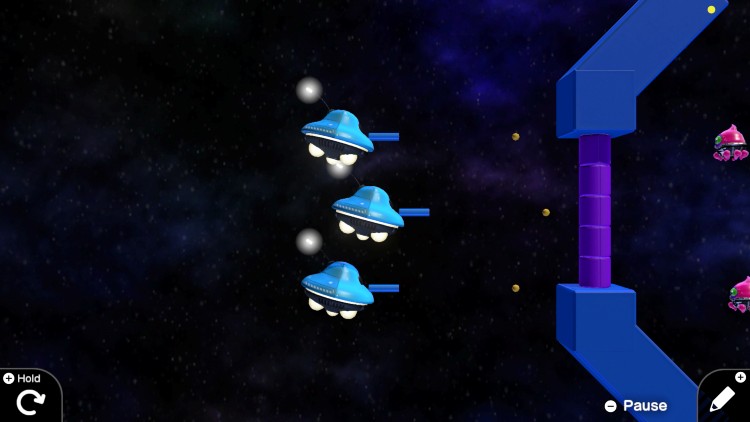 In Game Builder Garage, these “Nodons” are little creatures that live inside your Nintendo Switch that make your games work. You can’t see them but they are always there. For example, when you see your screen moving  to the right there is something that is moving your screen to the right or there is a counter in a level counting down, it’s the “Nodons” at work.

This allows kids to understand that games are made up of several different components all working together behind the scenes to bring you what you see in front of you on the screen. 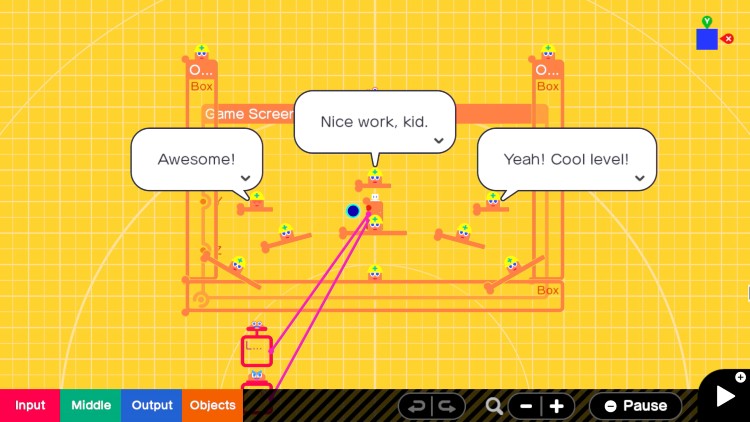 Game Builder Garage features two modes: Interactive Lessons and Free Programming. Interestingly enough, you can connect a USB mouse into the docking station of your Nintendo Switch and use it to make games. If you don’t have a USB mouse or are on a Nintendo Switch Lite, you can use the touch screen or the Joy-Con controllers.

For the virtual preview, I first got a look at the Interactive Lessons mode of the game. In this mode, there are a total of 7 different games that you will learn how to make using a set of easy to follow tutorials in Game Builder Garage.

It is important to understand that games in Game Builder Garage are not pre-made. You have to build them yourself and they will take anywhere from 40 to 90 minutes to create individually.

Games that you build include: 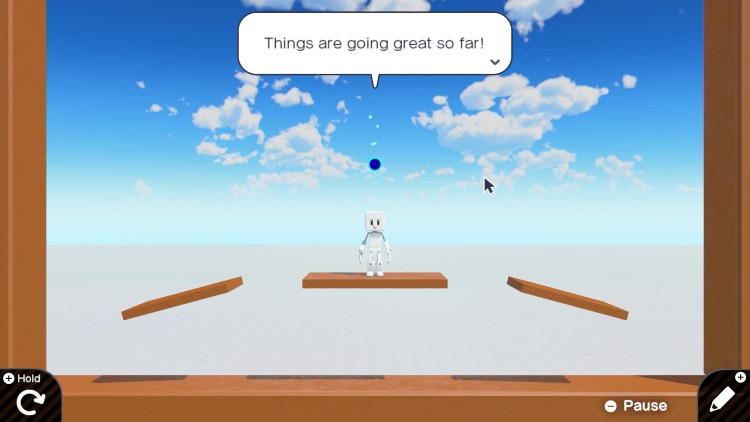 During my virtual preview, JC from Nintendo Treehouse gave me a preview of Alien Blaster and what the lessons to make the game look like. JC explained that to make things as easy as possible, each game is broken up into a series of steps that you follow to program the game—Alien Blaster contains 10 steps.

For demonstration purposes, JC demonstrated step number 4 in Alien Blaster—scrolling the screen. You’re led through each of the lessons by Bob, a blue bouncing ball. In addition to seeing the game on the screen, you also get to see and work with the programming behind it. Switching between the views is as easy as pressing a button and can be done so at any time. 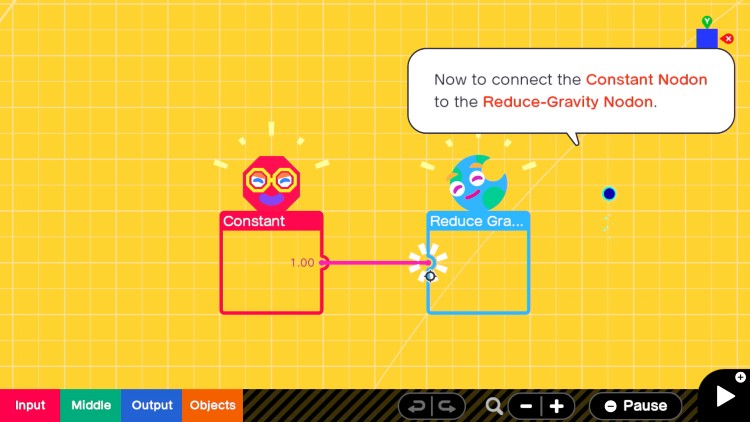 Most of your time spent and work done in Game Builder Garage is on the program screen. Each item on the game screen is represented by a “Nodon”. And, duplicating them is as easy as clicking on the copy button and then placing them on the screen. In the example shown by JC, he was able to create several additional aliens on the screen in a matter of seconds by using the mouse and clicking on the copy button.

Lessons are set up in such a way that you have to follow step by step. For example, if you are instructed to copy a “Nodon” several times and try to do something else after only copying two, you won’t be able to click on anything else. Programming a working side scrolling space shooter might sound like a difficult task. However, Nintendo has ensured that each lesson and step are clearly laid out and straight forward. Essentially, Game Builder Garage holds your hand each step of the way to ensure you are successful. 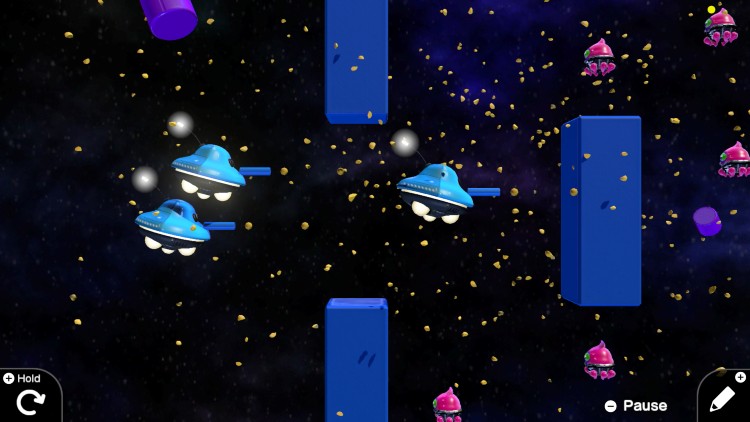 In Free Programming mode, you can use the skills that you learned and create your own games. And, you can then share these games with your friends by uploading the game to the server. Once uploaded, you’ll be given an alphanumeric code. You can then share with your friends so that they can download your game onto their Nintendo Switch. Sharing can also be done over local wireless with two Nintendo Switches in the same room.

JC from Nintendo Treehouse demoed a game that a friend had made and shared called Neon. In this game you are a blue sphere where you use the left Joy-Con to avoid incoming neon coloured spheres. And, shoot using the Y button with your score calculated in the top left corner. What’s interesting about sharing games is that you not only get the game but also get to see and can edit the programing behind it. 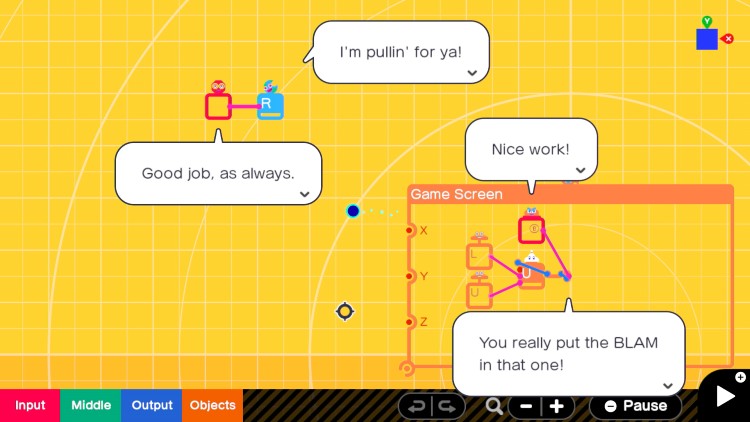 If you have young children with an interest in programming games, you’ll be able to get your hands on Game Builder Garage come June 11, 2021. After seeing more of Game Builder Garage, I truly believe it has the potential to be a fantastic educational tool for young kids.

Look for my review of Game Builder Garage on Nintendo Switch in the coming weeks right here on the Best Buy Blog.

Make sure to bookmark and visit the Best Buy Blog as well as our Play at Best Buy gaming hub (coming soon). Here we will have special offers, including pre-order links to new games, contests, and the latest news. And, don’t forget to check out my Twitter feed as well as Best Buy Canada’s.