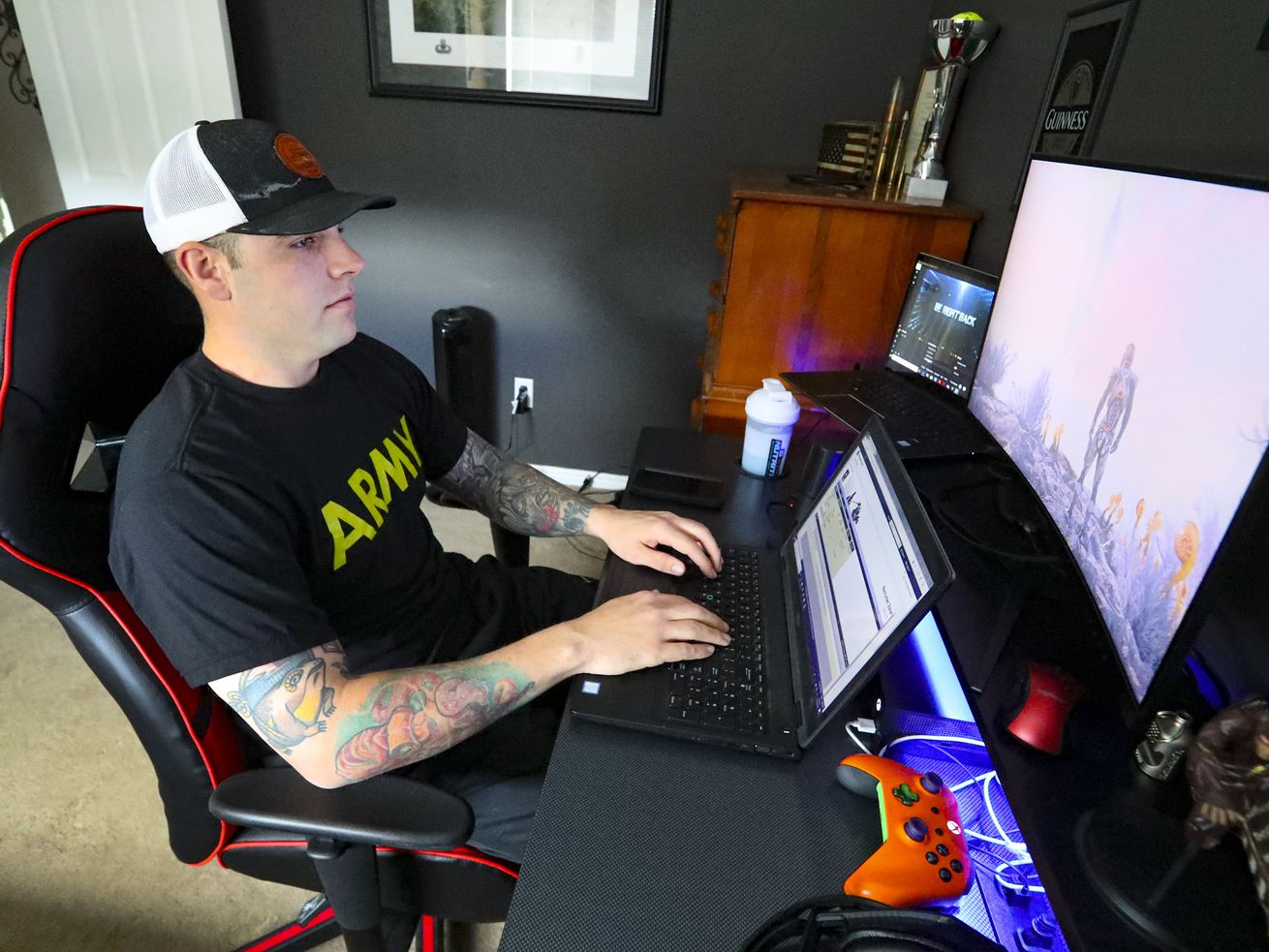 SALT LAKE CITY — In a world heavily impacted by the coronavirus pandemic, finding future soldiers to serve in the U.S. Army is going strong thanks to virtual opportunities connecting recruiters and young men and women interested in serving.

As a first generation American, Lt. Col. Raphael Vasquez, 46, was taught some profound lessons by his father, who migrated from Mexico in the 1960s as part of a federal program developed to find agricultural workers in the Southwest. Among those lessons were the importance of education and service.

It was that foundation that eventually led him to join the U.S. Army after graduating high school in Arizona — to serve his country. Nearly 30 years later, he is the commander of the Salt Lake City Army Recruiting Battalion overseeing 300 recruiters performing operations in 46 recruiting stations across Utah, Idaho, Montana, Nevada, Oregon and Wyoming. So far, the battalion has enlisted more than 3,000 new recruits into the Army and Army Reserve, according to the Army recruiting website.

Even in the era of coronavirus where face-to-face interaction is virtually prohibited, Vasquez said recruiters are still able to pursue their mission to find young men and women who want to serve something greater than themselves — despite the loss of all their storefront recruiting stations.

“The reason we decided to close our storefronts is because we wanted to make sure that we were prioritizing the safety of our community. We believe we are part of this community. I am a Utahn, I am a citizen of the city of Salt Lake,” he said. “I am also a leader in the Army (and) I’m going to use my skills in leadership to lead from the front. So what we decided to do immediately when we saw that COVID was a serious issue was show our fellow citizens what should be done.”

By closing the storefronts, recruiters were indicating to the local community that the coronavirus issue should be taken seriously, he added. It was then they took all their recruiting skills to the virtual world, he said.

“We’re on Facebook, we’re on Snapchat, we’re on Instagram, we’re on YouTube,” he said. “This Saturday, we’re having massive a gaming tournament where we’re going to have close to 600 participants.”

Vasquez said recruiters today try to meet their prospective applicants in the environment where they are most comfortable.

“(In) virtual spaces — wherever you have an internet connection — some of those folks that we’re going to be talking to while we’re gaming and telling them about their opportunities in the Army, maybe from a different part of the country,” he explained. “We’ll just introduce them to their local recruiter. So really, what this has done is opened up a larger market, a larger group of 17 to 24 year olds that we want to talk to. When we’re gaming with them, it’s more than just trying to get him to join the Army, it’s trying to tell them, ‘Hey, we’re gamers just like you. We’re no different than you. We just wear the uniform.’”

Because so many parents — or influencers, as recruiters call them — are on Facebook, he said a concerted effort is made to try to connect with them to arrange video chat sessions that can be more personal and interactive.

“They can see me and I can see them. So let’s say that the interview goes well and the parents and the recruiter and the applicant decide they want to join, we have a safe method of delivering what we call source documents — that diploma, that birth certificate, Social Security card,” he said. “You take a picture of it, scan it, upload it, and it’s transmitted (and) encrypted so that we safeguard your materials, then we have it and upload it into our systems. We witness signatures over the (internet), we snap a picture of that signature (online) and we upload that picture and then we witness the signature.”

He noted with the exception of the physical examination, everything is done virtually. So while the COVID-19 outbreak has forced his unit to make some adjustments, the ability to achieve their objective has not been hampered much at all, he said.

“We know that young men and women are on social media early in the morning (and) late at night. Some gamers, they’re playing (video) games until two, three o’clock in the morning,” Vasquez said. “We give (recruiters) all these tools so that they can interact with their audience whenever their audience is available, so they’re already prepared to operate in a virtual space, regardless of whether COVID is existing or not.”